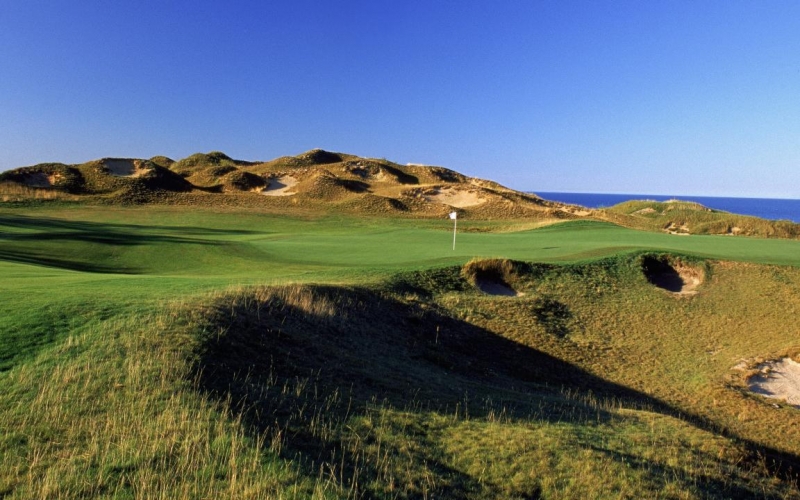 PGA of America
The par-4 sixth hole at Whistling Straits.

By Dave Shedloski
HAVEN, Wis. — While allowing for the obvious fact that every hole at Whistling Straits will be pivotal for this week’s 43rd Ryder Cup—an observation repeatedly expressed on both side of the aisle—we’d be remiss if we didn’t appropriate a thought, of sorts, from George Orwell’s Animal Farm.

It goes something like this: All the holes on the Straits Course are equal, but some holes are more equal than others. And of course, even that could change, given the situation of the moment, the golfer involved, the wind direction and, as is always the case in this biennial competition, the “sphincter factor,” as Hale Irwin said in reference to the pressure.

“You’ve got to play for the conditions of the day, how your match is going at that moment,” said European captain Padraig Harrington. “Yeah, I can’t say a particular key hole. … in match play, you’ve just got to play each hole as it comes.”

U.S. captain Steve Stricker offered a similar observation, saying that the game plan for going around the Straits Course, “is situational for each player.”

But there are a handful of holes where scoring swings are likely to occur over the course of three days and 28 matches. This does not include the dramatic par-4 18th hole, which—duh—always will be pivotal, not only for the score but also for the emotional impact it can have. The par-3 17th has the potential for similar walk-off drama. And given its intimidating disposition—located hard by Lake Michigan and covering 223 wind-swept yards—the 17th will have an impact on the outcome.

“The key is to not let your match get that far,” said Dustin Johnson, the elder statesman on the American side playing in his sixth Ryder Cup, who in two previous trips to Whistling Straits in 2010 and 2015 for the PGA Championship finished T-5 and T-7, respectively.

Johnson, by the way, is firmly in the “every hole is pivotal” camp. That didn’t mean he didn’t have some idea of which might provide more drama. We’ll get to that.

“This should be a really exciting match-play course, because you can get into trouble, but you can also birdie just about every single hole with the right shot,” Jordan Spieth added.

Emphasis on “with the right shot.”

Here are five holes that might prove to have an outsized impact on the proceedings with the right shot … or the wrong one: 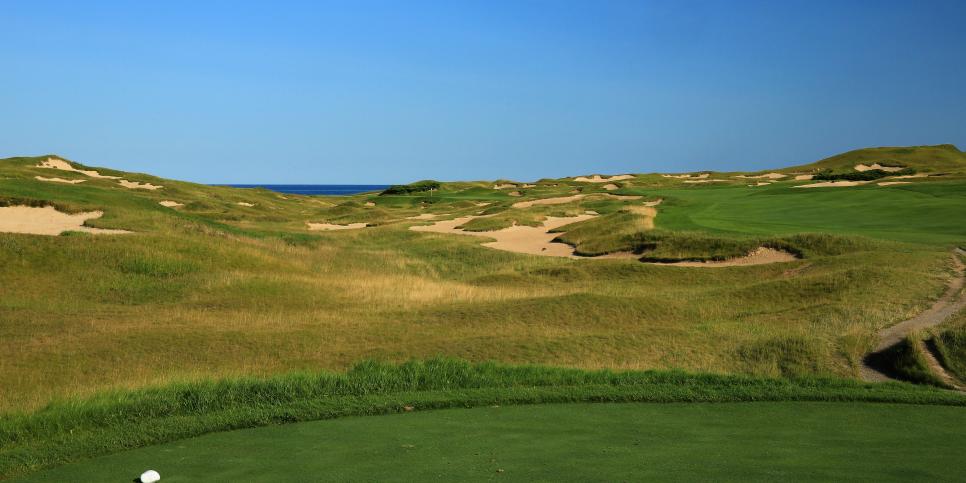 Hole No. 1, Outward Bound
Far from the most difficult opening hole in Ryder Cup history, it nevertheless presents problems simply because it is the first hole, when the nerves are jangled. Making an early mistake that gives the opposition as easy win could set the tone for a match or even a whole session. The par-4 opener, which bends gently to the left, is just 364 yards, but missing the fairway carries a penalty, especially on the left side, where bunkers and dunes are going to conspire with the pressure to make life miserable for some. Welcome to the Ryder Cup.

Hole No. 6, Gremlin’s Ear
This is on the list just because it has the coolest name. (OK, not entirely true.) A short dogleg right of just 355 yards (pictured above), it can be a momentum changer. Whether going for the green with driver or playing out to the left for position, the key here is avoiding the deep pot bunker fronting the right portion of the green—not that the series of other sand-filled areas on the right are any bargain. This hole has a chance to be demoralizing for some poor souls.

Hole No. 8, On The Rocks
During Tuesday’s practice round, Rory McIlroy reportedly needed to reach the green with a 3-wood approach. The par 4 plays 508 yards into the wind, with Lake Michigan looming on the right and bunkers lining both sides of the landing area. It represents a chance to deliver a statement for any team that plays it well, especially in foursomes. 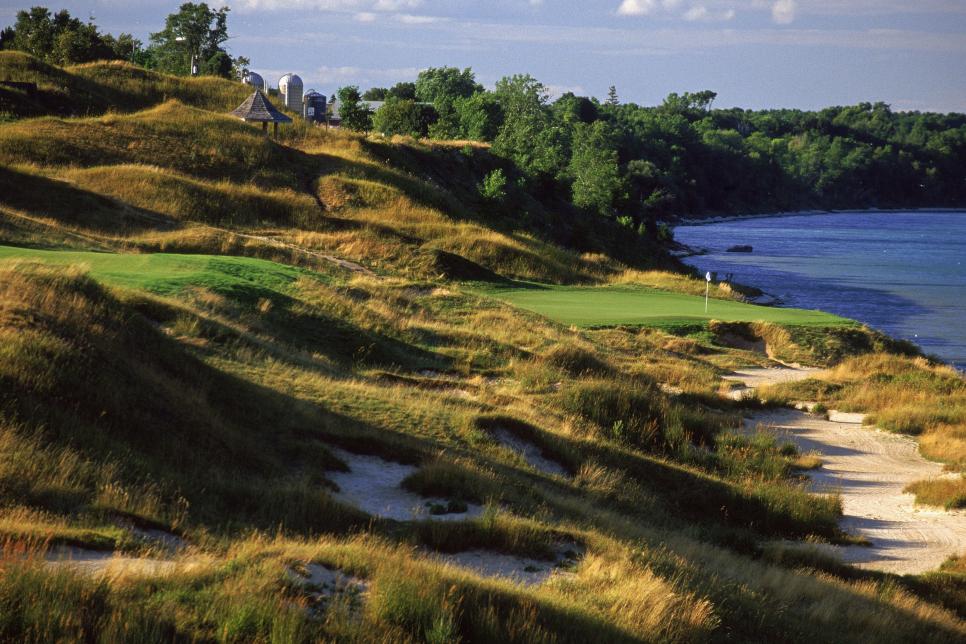 PGA of America
The par-4 13th hole at Whistling Straits.

Hole No. 13, Cliff Hanger
Like the drivable 10th hole at The Belfry, this par 4 can be set up as reachable from the tee, and could force the hand of the opposition strategically. Meandering along the escarpment, the hole plays up to 404 yards, but might be set up in the 350 range, making it easily reachable given that the last 100 yards trundle downhill towards a narrow green clinging to a cliff above the water.

Hole No. 16, Endless Bite
Johnson said this hole could be crucial because, at 552 yards, the shortest par 5 on the course, the possibility for eagle will lead to aggressive play, especially if one team is desperate. Depending on the fortunes of such a bid, a match is either going to head to the dreaded 17th or ended with handshakes are being exchanged.