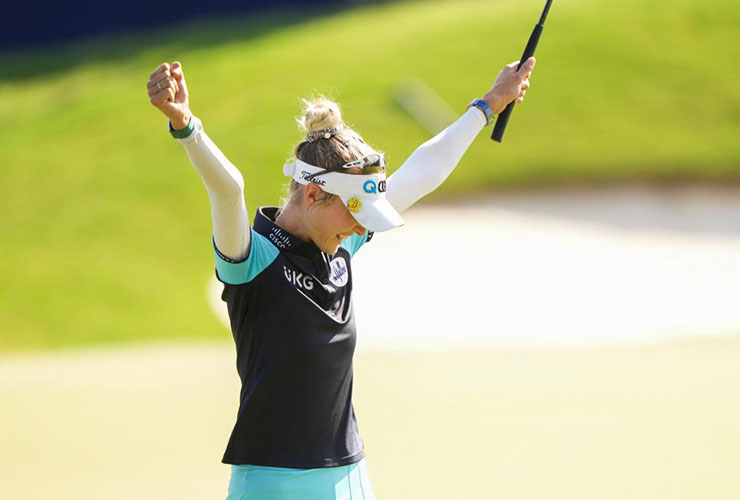 By Keely Levins
The 2022 KPMG Women’s PGA Championship has announced that the purse for this week’s LPGA major at Congressional Country Club has been doubled to $9 million. While this changes the payouts throughout the field, notably, the winner will receive $1.35 million. That’s double what Nelly Korda earned when she won the tournament in 2021.

“When the PGA of America partnered with KPMG and the LPGA Tour in 2015, we promised to elevate this event by increasing the purse, conducting it at venues with a history of hosting men’s major championships such as Congressional Country Club, and delivering broadcast network coverage,” Jim Richerson, president of the PGA of America, said in a statement. “As part of our shared commitment to support and showcase women’s golf, we have delivered on those promises.”

These increases, along with others on the schedule, have made 2022 a record-breaking year for the LPGA: In 2022, the players on the LPGA Tour are playing for $97.1 million.

Lydia Ko is latest to jump to No. 1 in the Rolex Women’s Rankings, grabs top spot for first time since 2017

Lydia Ko blazes out to huge lead at Tour Championship, in position for Player of the Year