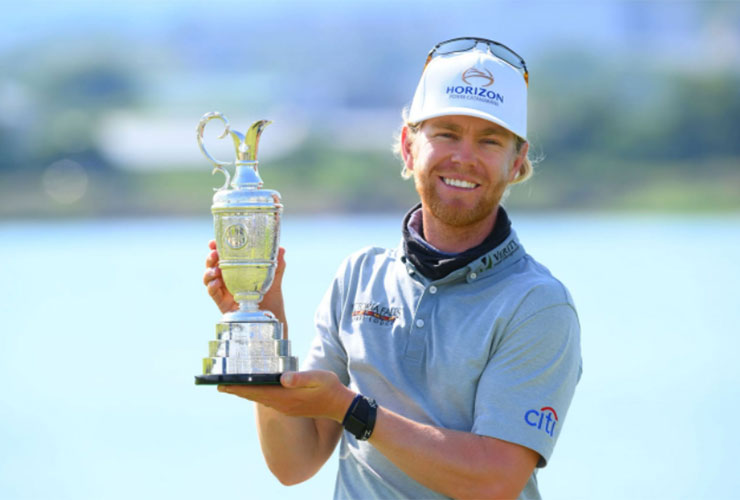 By Matt Smith
Scott Vincent sensationally booked his spot at the Open Championship at St Andrew with victory on the Japan Golf Tour Organisation Mizuno Open on Sunday.

The Zimbabwean looked down and out going into the final round at at JFE Setonaikai Golf Club as he was seven strokes behind overnight leader Australian Anthony Quail, but a brilliant seven-under 65 took him into a playoff with Quail.

A par by Vincent on what was their third visit to the 18th was enough for Vincent to claim his third JGTO title.

Last year he won twice in Japan: first at the Sansan KBC Augusta in August, then the ANA Open the following month.

Vincent and Quail finished tied on 12-under, while Australian Brad Kennedy, who like Vincent is also an Asian Tour member, finished in solo possession of third, two strokes back.

“I had no idea where I was standing [on the leaderboard] when I walked up to 18 and when I realised that I was sitting second, at that stage, that was pretty amazing,” said Vincent, who is competing in this week’s International Series England at Slaley Hall, near Newcastle.

“Each week, I don’t really try to worry too much about the expectations. I just focus on sticking to my routine and giving myself the best chance. And this is one of those weeks that has worked out well for me.”

The Zimbabwean’s victory means he will be able to make his debut in a Major.

He added: “I’m really excited about playing my first Major, especially as it’s St Andrews, the Home of Golf. It’s been a goal of mine since the start of the year to try to get into one of the Majors. I missed out on qualifying for the US Open, but I was able to secure it today. So, this is special and I’m very happy.”