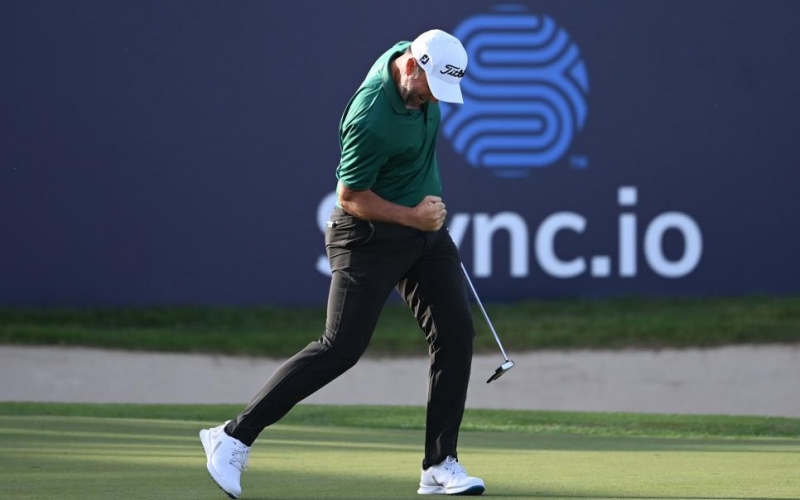 By Matt Smith
Veteran golfer Richard Bland insists he will play at the inaugural LIV Golf Invitational Series event in London next month – even if he is slapped with a ban from the DP World Tour.

The 49-year-old Englishman is playing the best golf of his long career since winning the 2021 British Masters and finishing runner-up at the Slync.io Dubai Desert Classic in February.

The Saudi-funded LIV Golf series begins at the Centurion Club just outside London on June 9, with the three-day event the first of eight competitions each offering prize money worth $25 million.

The DP World Tour has warned golfers that they could ban anyone who competes in the event, and prevent them from playing in competitions such as the Ryder Cup and Open Championship.

“I am going to play. If I get banned, I get banned,” Englishman Bland told the BBC. “Most of my career is behind me now as regards playing at the very highest level. I’m 50 years old in six months.

“I’m a realist. Mother nature does tend to catch up on you. I have an opportunity to play these events and secure my future and I’d be pretty foolish to turn that down.

Bland, the world No. 48,  has requested an exemption to play the 54-hole event.

“I haven’t been granted the release; I pretty much knew that a couple of weeks ago,” he said.

“Everybody has their own opinion and are they going to play or not going to play; you can only do what’s best for yourself.

“I understand some people might not like that but it’s an opportunity for me to make the next stage of my life very comfortable and how can I turn that down?”

Bland is competing at the US PGA Championship in Oklahoma this week. “The talk of the town is the LIV event; it’s all the players are talking about,” he said.

“I plan to play those events. That’s the decision I’ve taken and some people will agree with it and some won’t and that’s fine.”