Why did Cameron Smith move to LIV Golf? It was more than money 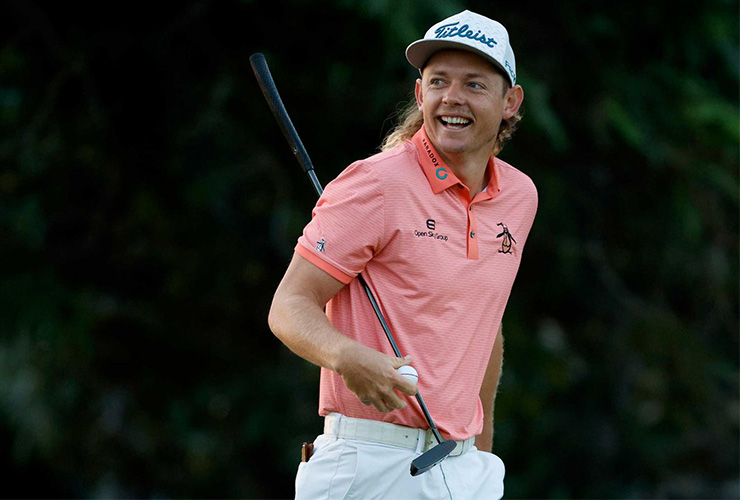 By Evin Priest
Cameron Smith says his decision to join LIV Golf, a move made official on Tuesday after weeks of speculation, was motivated by the desire to spend several months each year in his native Australia.

The World No. 2 and Open champion was the biggest of the six signings LIV Golf officials announced ahead of this week’s LIV Golf Invitational event at Bolton, outside of Boston. The others include fellow Aussie Marc Leishman, Chile’s Joaquin Niemann, India’s Anirban Lahiri and Americans Cameron Tringale and Harold Varner III. The loss of Smith is the biggest blow to the PGA Tour given the 29-year-old is playing the best golf of his life. His three victories this year also included the Players Championship, the PGA Tour’s flagship tournament, and the Sentry Tournament of Champions.

Reached on the phone by Golf Digest, Smith did not shy away from admitting LIV’s guaranteed-money offer was one of the reasons behind his choice to leave the PGA Tour, where he has won six times. He did not disclose the value of his LIV deal when asked, although reports have pegged it at more than $100 million. “[Money] was definitely a factor in making that decision, I won’t ignore that or say that wasn’t a reason,” Smith said. “It was obviously a business decision for one and an offer I couldn’t ignore.”

But the mulleted Smith, who has earned $27 million during his eight years on tour, insists money was not the biggest lure — rather the opportunity to spend up to three months a year in Australia. It is believed LIV Golf’s off-season will run from late October, when its last 2022 event in Miami is scheduled, until mid-February 2023.

“The biggest thing for me joining is [LIV’s] schedule is really appealing,” Smith said. “I’ll be able to spend more time at home in Australia and maybe have an event down there, as well. I haven’t been able to do that, and to get that part of my life back was really appealing.”

Smith moved to the US in 2015 while securing Special Temporary Membership on the PGA Tour. That was the second year of the tour’s wraparound schedule and since then Smith has only been able to travel home for a couple of weeks at the end of each year to play the Australian Open and PGA Championship, the latter of which he has won twice.

“I’ve lived over here seven years now, and I love living in the US, but just little things like missing friends’ weddings, birthday parties and seeing your mates having a great time at rugby league games has been tough,” he said.

There is also a likelihood Australia will be given at least one LIV Golf event in 2023. Australian Golf Digest reported in June that a LIV event in Sydney is slated for late April. “I’m sure with [Marc] Leish and I playing it’ll be appealing for LIV [to take an event there],” Smith said.

Smith and the new signings will make their debut for LIV Golf this week at The International in Bolton, the 54-hole event being played from September 2-4. It is understood Smith and Leishman will slot into an all-Australian team alongside LIV players Matt Jones and Wade Ormsby.

“For me personally, I love team golf, and it’s something I wish I could have more often,” Smith said. “I love the four-person teams aspect [of LIV]. Even when you’re out of the tournament, there’s something else to play for.”

That said, Smith’s decision to join LIV means he will have to forego playing for the International team in the upcoming Presidents Cup. Smith had made the 2022 team as the first automatic qualifier thanks to his exceptional play this season. But when he tees it up at The International on Friday, he will be suspended by the PGA Tour and become ineligible to compete at Quail Hollow later in September. The same will happen for Niemann, also an automatic qualifier, and Leishman and Lahiri, both potential captain’s pick.

You may also like:
It’s official: Smith joins LIV Golf
Saudi Open to debut on Asian Development Tour
Win a spot at the DP World Tour Championship Pro-Am
Aramco Team Series to be held at Donald Trump’s Ferry Point in New York
UAE arrive in Paris for Eisenhower Trophy
Cam Young opts to stay with PGA Tour
Swede dreams for Linn Grant
Cameron announces move to LIV Golf, but it isn’t Smith
LIV Golf announcements are imminent
Rory is the toast of the PGA
Lawrence is king of the mountains
Rory is the toast of the PGA Tour
On to Dubai as Sweden deny US title
EGF buoyed by Morocco trip
The biggest and strangest rule blunders in history
Chiara Noja named Golf Saudi ambassador
Scottie and Xander in for marathon finish at Tour Championship
19 LIV Golfers to tee up at BMW PGA Championship