On to Dubai: Sweden deny US to win World Amateur Team title 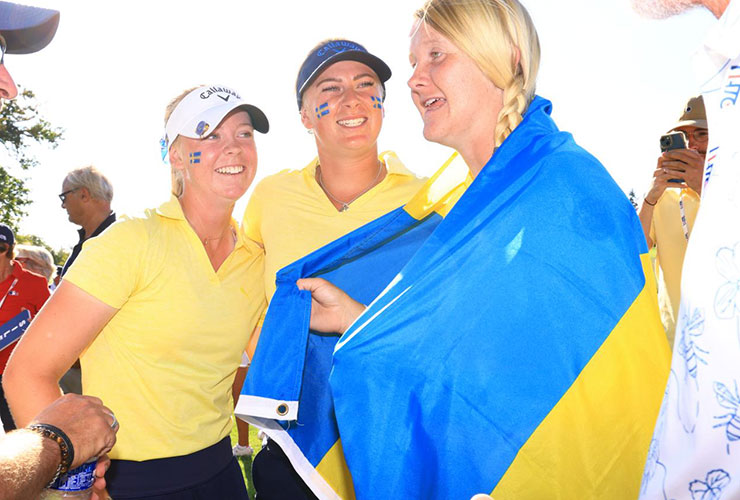 By Matt Smith
Sweden look like the team to beat in Dubai as they held off a US rally to claim the Women’s World Amateur Team Championship title in Paris.

Earlier this year, the International Golf Federation announced the UAE as hosts of the 2023 World Amateur Team Championships in October, and Sweden stamped their names as favourites as they bagged the Espirito Santo Trophy this time around. 2023 will mark the first time the event, which dates back to 1958, will be held in the Middle East.

The competition came down to the final hole, but the US couldn’t complete an impressive charge on Saturday as Sweden captured the gold medal in France.

The Americans, who trailed Germany by four at the start of the day in the 72-hole event, held a one-stroke lead with World No. 1 Rose Zhang standing on the 18th tee after she made birdie on 17 at Golf de Saint-Nom-La-Bretèche. But Zhang missed the green with her approach and could not get up and down. With both teams finishing at 13-under, that led to a tie, with Sweden identified as the winner when the non-counting scores had Sweden’s Louise Rydqvist shooting 73 against American Rachel Kuehn’s 74.

“There is obviously that tinge of disappointment,” Zhang said. “On that last putt, I actually hit a really good putt exactly where I wanted, but it just didn’t go in the hole. It was disappointing to end that way, but I am really proud of how we fought back on the last day.”

The gold was the first medal for Sweden in the event since they earned bronze in 2012.