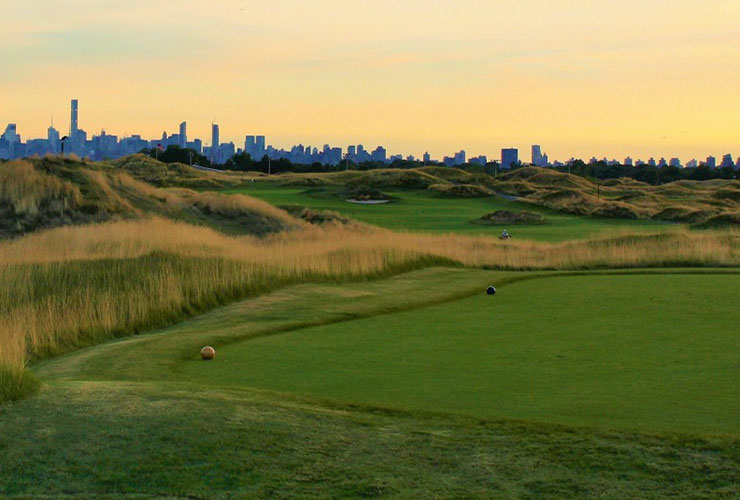 By Matt Smith
The ladies will be teeing it up at Ferry Point for the Aramco Team Series — New York, the golf club owned by a certain Donald Trump.

Following on from the LIV Golf event at his Bedminster camp in New Jersey, Trump will now host the ladies in neighbouring New York from October 13-15.

Golf Digest Middle East revealed that Ferry Point would be the next port of call following the Korda sisters show at La Reserva, Sotogrande in Spain.

The Aramco Team Series is a five-tournament schedule backed by the Ladies European Tour and often features stars of the LPGA; two weeks ago Nelly Korda beat her sister Jessica to win the third leg of the series in Spain.

Ferry Point is the third course in Trump’s golf portfolio to host a tournament backed by Golf Saudi this year. In July, the LIV Golf Invitational came to Trump Bedminster in New Jersey for its third event in the inaugural eight-tournament season, while the season-ending tournament will visit Trump Doral outside of Miami.

You may also like:
UAE arrive in Paris for Eisenhower Trophy
Cam Young opts to stay with PGA Tour
Swede dreams for Linn Grant
Cameron announces move to LIV Golf, but it isn’t Smith
LIV Golf announcements are imminent
Rory is the toast of the PGA
Lawrence is king of the mountains
Rory is the toast of the PGA Tour
On to Dubai as Sweden deny US title
EGF buoyed by Morocco trip
The biggest and strangest rule blunders in history
Chiara Noja named Golf Saudi ambassador
Scottie and Xander in for marathon finish at Tour Championship
19 LIV Golfers to tee up at BMW PGA Championship