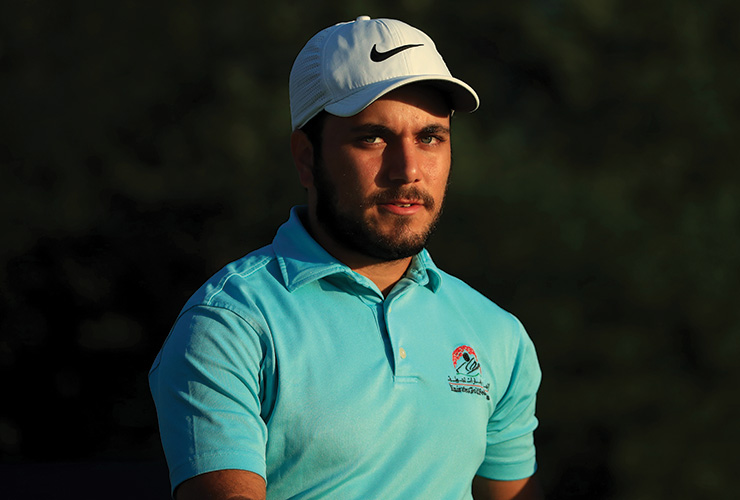 By Matt Smith
Fresh from their preparations in Morocco, the UAE men’s national team arrived in France for the World Amateur Team Championships — the Eisenhower Trophy, as it is affectionately known.

Abdullah Al Musharrekh and Ahmad Skaik were training in Morocco this past week and joined captain Khalid Yousuf in Paris as they prepare to take on the best amateur golfers in the world.

Denmark are the team to beat as champions, but as always the United States and England look formidable, as 72 teams take part in the biennial competition.

England has Gareth Jenkins, Sam Bairstow and Arron Edwards-Hill in the line-up, while the US will field Diana Murphy, Gordon Sargent, Michael Thorbjornsen and Austin Greaser.

The UAE will be looking to place well ahead of hosting the 2023 event next year. This year’s event is the first since 2018 due to the COVID-19 pandemic.

You may also like:
Cam Young opts to stay with PGA Tour
Swede dreams for Linn Grant
Cameron announces move to LIV Golf, but it isn’t Smith
LIV Golf announcements are imminent
Rory is the toast of the PGA
Lawrence is king of the mountains
Rory is the toast of the PGA Tour
On to Dubai as Sweden deny US title
EGF buoyed by Morocco trip
The biggest and strangest rule blunders in history
Chiara Noja named Golf Saudi ambassador
Scottie and Xander in for marathon finish at Tour Championship
19 LIV Golfers to tee up at BMW PGA Championship