Cameron Young acknowledges interest in LIV Golf, but opts to stay with the PGA Tour 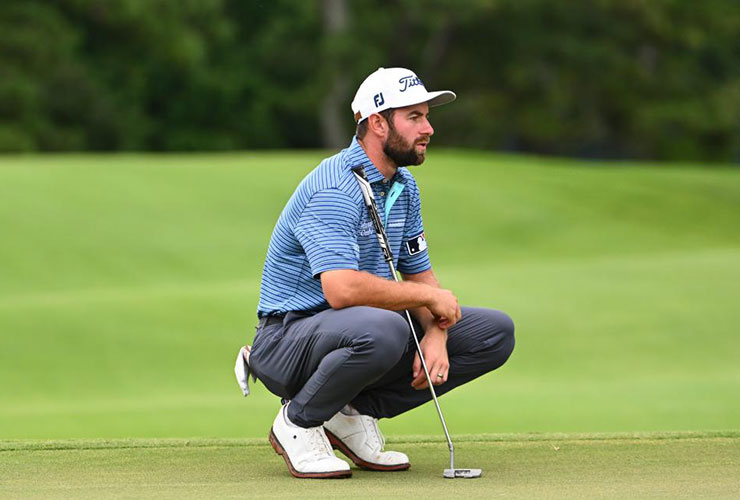 By Joel Beall
Cameron Young said he’s staying with the PGA Tour. He also sounded like a man who was close to jumping ship.

Young turned in one of the more impressive rookie campaigns on tour in recent memory. He posted seven top-three finishes in 25 starts — including a runner-up at the Open Championship and a T-3 at the PGA Championship — and finished ninth at the end of the regular season in FedEx Cup points. Young is considered a lock as a captain’s pick for the US Presidents Cup team and will be a runaway winner for the tour’s Rookie of the Year award.

Conversely, there have been a lot of rumours in tour circles that the 25-year-old was weighing up a move to LIV Golf. Turns out those rumours were true. Following a final-round 69 at the Tour Championship, Young acknowledged to a group of reporters in Atlanta that he was intrigued with the new circuit.

“Obviously it’s the elephant in the room for everyone. Frankly, throughout the whole process with them I was very interested,” Young said. “I think they have a bunch of good ideas. I think they’re doing some cool stuff.”

However, Young said he is remaining with the PGA Tour, ostensibly thanks to the changes that came from the players-only meeting led by Rory McIlroy and Tiger Woods during the BMW Championship.

“With some of those changes coming, that’s what really helped me decide to stay and pursue those goals that I have for myself, like making the Presidents Cup team or Ryder Cup team and winning a major, when all of that is just uncertain if you go,” he said. “It’s a tough place for me because I’m very young. There’s a lot of factors to it.”

Young also added: “I mean, frankly, I have decided to stay. So, I don’t know, it’s a really difficult situation, because it’s not really anything anyone wanted to happen. I think it wasn’t mean to be this hostile between the two.”

You may also like:
Swede dreams for Linn Grant
Cameron announces move to LIV Golf, but it isn’t Smith
LIV Golf announcements are imminent
Rory is the toast of the PGA
Lawrence is king of the mountains
Rory is the toast of the PGA Tour
On to Dubai as Sweden deny US title
EGF buoyed by Morocco trip
The biggest and strangest rule blunders in history
Chiara Noja named Golf Saudi ambassador
Scottie and Xander in for marathon finish at Tour Championship
19 LIV Golfers to tee up at BMW PGA Championship
Rory and Cam keep their eyes on the action at Tour Championship
Lee Westwood slates latest PGA Tour moves
The Omega European Masters might have the strangest hole-in-one prize in golf history
Canizares and Lawrence scale heights in Switzerland
DP World launches eTour competition with live Dubai finale
Monahan delivers clear message to LIV Golfers who may want to return to PGA
LIV Golf uncertainty over Presidents Cup roster has Immelman preparing for anything
Jay Monahan implements more lucrative changes to PGA Tour
Tiger and Rory launch new team golf league