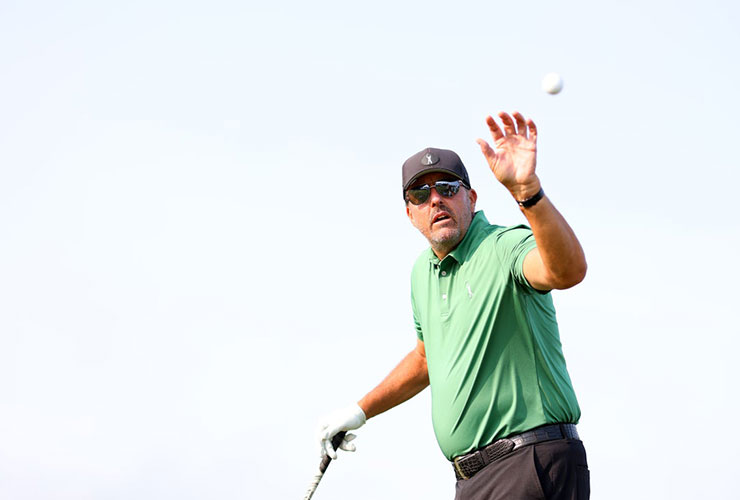 By Matt Smith
Phil Mickelson, the original flag-bearer for LIV Golf, is mulling over whether to remain part of the group who filed an antitrust lawsuit against the PGA Tour.

Speaking to Sports Illustrated on the sidelines of the fifth LIV Golf event of its inaugural season at Rich Harvest Farms outside Chicago, Mickelson said he had not decided if he will stay as part of the group of seven players who remain of the original 11 who filed the suit against the PGA Tour, now the LIV itself has added its name to it.

In a 105-page complaint filed in early August, LIV Golf players challenged their suspensions by the PGA tour for moving to the new circuit. The PGA Tour is adamant it has the legal authority to issue disciplinary measures. Three of those in the lawsuit — Talor Gooch, Hudson Swafford and Matt Jones — attempted to receive a temporary restraining order that would allow them to play the FedEx Cup Playoffs; however a US District Court denied the TRO motion.

“Now that LIV is involved, it’s not necessary for me to be involved,’’ Mickelson said. “I currently still am. I don’t know what I’m going to do, really.

“The only reason for me to stay in is (monetary) damages, which I don’t really want or need anything. I do think it’s important that the players have the right to play when and where they want, when and where they qualify for. And now that LIV is a part of it, that will be accomplished if and when they win.’’

Eleven players were originally part of the lawsuit, but Pat Perez, Carlos Ortiz, Abraham Ancer and Jason Kokrak have opted out. US District Judge Beth L Freeman set a tentative date for summary judgment for July 23, 2023, where the PGA Tour will likely seek to dismiss the case, with a trial date expected to begin on January 8, 2024.

You may also like:
Golf Digest Middle East presents Oktoberfest 2022
Stenson comes out swinging in Chicago after Boston scare
DeChambeau unhappy with  Presidents Cup omission
Rickie Fowler ready for a new challenge on PGA Tour
Zalatoris explains why he did not chase the LIV cash
Who will be the Aces in the pack at LIV Golf Chicago?
Cam Smith has Aussies punching hard on LIV Golf tour
WSJ examines Monahan’s use of PGA Tour jet
All you need to know ahead of PGA Tour season
Van Dam aims for double impact in New York
Team Europe should fancy Ryder Cup chances
DP World Tour Championship set for a week of fun
Meet Carl Yuan, your favourite golfer you don’t know yet
Puig prepares for life as a pro in Chicago
Dubai Desert Classic set for January return — without Slync
Get your FREE September edition of Golf Digest Middle East here