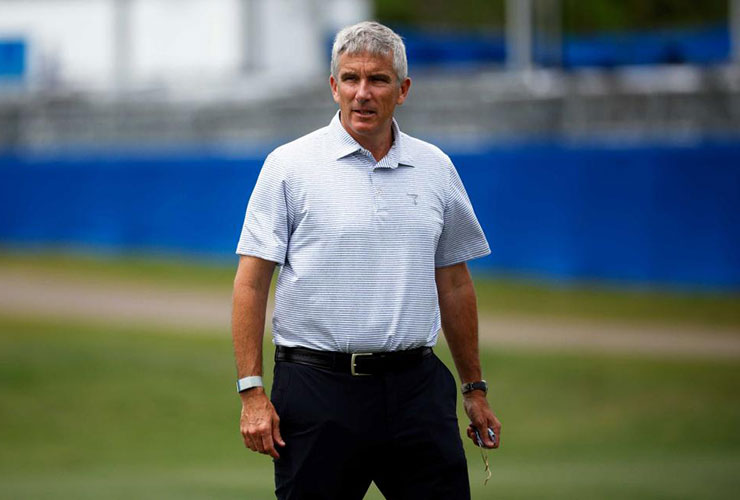 By Tod Leonard
With the arrival of LIV Golf and the PGA Tour’s need to respond to the riches being offered by its new rival, greater scrutiny of the US-based circuit’s finances has logically followed. After all, Commissioner Jay Monahan already has acknowledged that the PGA Tour could not prevail against LIV if the competition for players simply came down to dollars.

The PGA Tour has, however, upped its own commitment considerably in recent weeks with the announcement that there would be 12 elevated tournaments in the 2022-23 season that will have purses of upwards of $20 million each. A record $415 million in total prize money is on the line in the season that begins on Thursday at the Fortinet Championship, with another $145 million in bonuses also available.

Still, some close pieces of examination are more routine than others, and thus there are reports such as the one published by the Wall Street Journal on Wednesday that probably makes the tour’s leadership queasy.

The WSJ documented in detail Monahan’s use of a tour-owned private jet for both business and personal travel, as well as citing the commissioner’s 2020 compensation of $14.2 million. The story noted Dustin Johnson was the only player to eclipse that total because he won that season’s FedEx Cup title. (The actual yearly pay, the tour told the Journal, for Monahan was $8.3 million, with the rest of money being long-term incentive pay and future retirement benefits accrued.) In regard to the plane, the Journal reported that the PGA Tour owned a company named Tour Air Inc, and began leasing a jet in 2011. It then purchased the Citation X aircraft last year, according to Federal Aviation Administration (FAA) records.

In the Journal’s research, it identified more than two dozen flights in 2022 to airports that were near tour events on the dates they were being played. For the Masters, as an example, the plane flew four times between the tour’s headquarters in Ponte Vedra Beach, Florida, and Augusta, Georgia.

The Journal cited various other trips taken, some personal (to Colorado and Massachusetts) and some mixing business and personal flights. Among the most notably interesting flights was one Monahan took this past June to Turks & Caicos for the wedding of then tour player Brooks Koepka. Not long after, Koepka moved to the LIV Golf tour after initially saying he would not do so.

Responding to questions about Monahan’s use of the plane for personal reasons, the PGA Tour told the Journal that Monahan is required by its Policy Board, which includes players, to use the corporate plane for all business and personal air travel because it provides the “necessary level of efficiency, privacy and security”.

The Journal also reported that the PGA Tour, as a non-profit, chose in 2020 to detail its spending on its tax return in a manner that one non-profit tax lawyer called into question. The Journal reported that narrative descriptions of the benefits obtained by certain PGA Tour officials, including the flights, are not available in the tour’s tax filings, as required for non-profit organisations. The most recently available filing from 2020 for the PGA Tour says that, in “limited cases”, top executives “may utilise charter or first-class travel for business” trips, citing security, privacy or efficiency reasons.

The filing does not specify that the “charter” flights could be on the airplane it owns.

“Given that the organisation mandates the use of chartered jets for personal travel, the disclosure on the 990 [tax filing] is at best misleading and at worst intentionally inaccurate,” Elizabeth Kingsley, a Washington lawyer who advises non-profit organisations, told the Journal.

In a response to a request from Golf Digest for comment on the WSJ report, the PGA Tour issued this statement: “The PGA Tour Policy Board maintains close oversight of the utilisation of the corporate plane, and all use is completely approved and appropriate. The tour’s Form 990 is routinely reviewed by our outside 501c6 organisation specialists, and we are compliant with all disclosure requirements.”

The questions the tour faces about the way it spends money come at a time when the pot of money made available to players is larger than it’s ever been. The tour provided a financial document to the Journal that projected it would use $32 million from its reserves in 2022 to fund player earnings, and it said that 55 per cent of its projected revenue would go to the players.

You may also like:
Golf Digest Middle East presents Oktoberfest 2022
Team Europe should fancy Ryder Cup chances
DP World Tour Championship set for a week of fun
Meet Carl Yuan, your favourite golfer you don’t know yet
Puig prepares for life as a pro in Chicago
Dubai Desert Classic set for January return — without Slync
DP World Tour set for a band of brothers
How did LIV Golfers get on in rankings points race at DP World Tour BMW PGA?
Watch Nelly Korda nail Sawgrass 17th — left-handed
Annika Sorenstam to get her own LPGA event
How Smith’s departure may have influenced Scheffler’s PGA Tour Player of the Year win
Puig to go pro in Chicago
The Sergio saga takes a new twist
LIV Golf Chicago field revealed
DP World Tour players set for Italian Open challenge
DJ in control in LIV Golf standings ahead of Chicago
Each player’s pay out from the BMW PGA Championship
McIlroy edged out by Lowry at BMW PGA
Patrick Reed makes case for his defence
Get your FREE September edition of Golf Digest Middle East here