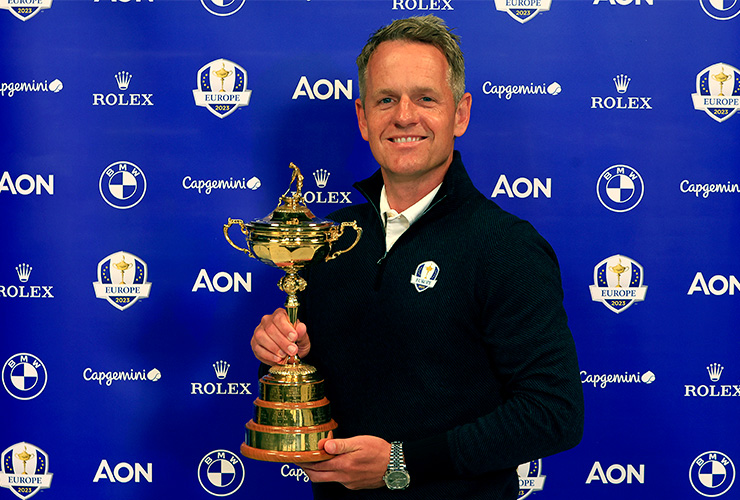 Team Europe will be looking to regain the trophy from their US counterparts when the best players clash in Rome at Marco Simone Golf and Country Club from September 25 next year.

And, while the US team is already taking shape ahead of their Presidents Cup match against the ‘Rest of the World’ squad this September, European hopefuls will get their quest under way starting at  the BMW PGA Championship next week.

European Captain Donald will then select a further six Captain’s Picks to complete his 12-man team to face the United States.

Another change, agreed by Captain Donald, Vice Captains Thomas Bjorn and Edoardo Molinari and the DP World Tour Tournament Committee, sees a modification in the points allocation for the European Points List.

One element which has not changed however, is that no points will be available from any tournament played anywhere in the world scheduled against a Rolex Series event on the DP World Tour.

Captain Donald said: “These changes to the qualification process for Team Europe follow in-depth analysis with the team at Ryder Cup Europe and with Thomas and Edoardo. I’m delighted that when we presented our thoughts to the Tournament Committee, they were 100 per cent behind them.

“The revised overall process removes the need for points multipliers in the last few months of the qualifying period, and the six picks give me flexibility to ensure we have the strongest line-up at Marco Simone in terms of in-form players, players with Ryder Cup experience, and potential pairings.

“As far as the European Points List is concerned, modifying the points allocation will give an improved chance for DP World Tour members playing predominantly on the DP World Tour to make the Ryder Cup team through one of the now three spots available from that list.

“We have also moved the end of the qualification period forward to give the players the right amount of preparation time once they have made the team.

“A lot of work has already happened behind the scenes, but in many ways the start of the qualification campaign represents the true beginning of the Ryder Cup journey, so I am delighted to confirm these details today. We are all focused on reclaiming the Ryder Cup in Rome next September and this qualification system gives us the best opportunity of doing just that.”

You may also like:
Saudi Open to debut on Asian Development Tour
Win a spot at the DP World Tour Championship Pro-Am
Aramco Team Series to be held at Donald Trump’s Ferry Point in New York
UAE arrive in Paris for Eisenhower Trophy
Cam Young opts to stay with PGA Tour
Swede dreams for Linn Grant
Cameron announces move to LIV Golf, but it isn’t Smith
LIV Golf announcements are imminent
Rory is the toast of the PGA
Lawrence is king of the mountains
Rory is the toast of the PGA Tour
On to Dubai as Sweden deny US title
EGF buoyed by Morocco trip
The biggest and strangest rule blunders in history
Chiara Noja named Golf Saudi ambassador
Scottie and Xander in for marathon finish at Tour Championship
19 LIV Golfers to tee up at BMW PGA Championship

Rahm, McIlroy voice different opinions on whether LIV golfers should play in the Ryder Cup