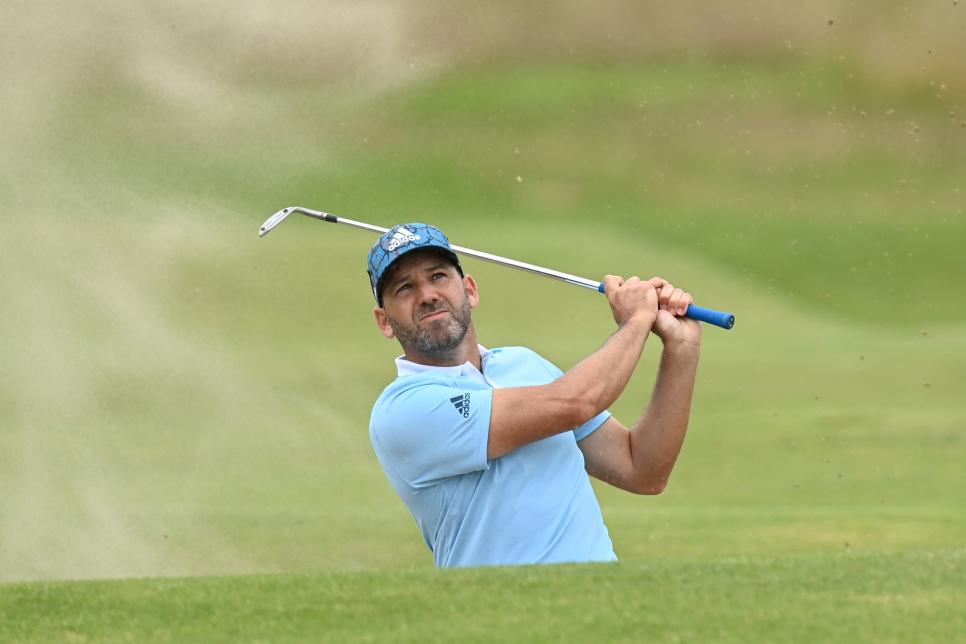 By Ryan Herrington
Even before joining LIV Golf in June as part of the first wave of players to commit to the circuit, Sergio Garcia did nothing to hide his feelings of contempt toward the PGA Tour. There was the scene at the Wells Fargo Championship in May where frustration with a rules official led to an outburst caught by a TV camera: “I can’t wait to leave this tour.” And rather than wait for a suspension from the tour when he played in the inaugural LIV event in London, Garcia pre-emptively resigned his PGA Tour membership.

Not surprisingly, then, the former Masters champion has come out and defended those at LIV in the wake of comments from Rory McIlroy and Tiger Woods that the CEO Greg Norman “must go” for any possible negotiation between the PGA Tour and LIV to take place.

Speaking in an interview with the Spanish website Marca, Garcia questioned whether LIV golfers should take a similar stance regarding PGA Tour commissioner Jay Monahan. “They say that Greg Norman has to go. And does Monahan have to stay or go? It’s very easy to say those on the other side have to go. And those on your side? There are also people who have done things wrong.”

Despite reports that Norman might be moved out of the CEO role and replaced at some point in 2023, Garcia says that the former two-time major winner has the support of players. As those backing the PGA Tour paint LIV in a negative light, Garcia counters. “We all wish we could come to an agreement. There are people who could have done wrong in both places, but it seems that there are only bad guys on one side.”

Setting aside whether Norman or Monahan are part of any talks between the two sides, Garcia isn’t sure that any agreement can be reached in the near future.

“First, everything has to be settled [in court]. It’s not easy now that we’re involved in a legal process, and also because they don’t prohibit everything we want. If you’re sitting with someone who every time you propose something is a ‘no’ … in the end, how are you going to reach an agreement if only what they say is worth it? I don’t know how we will reach an agreement.”