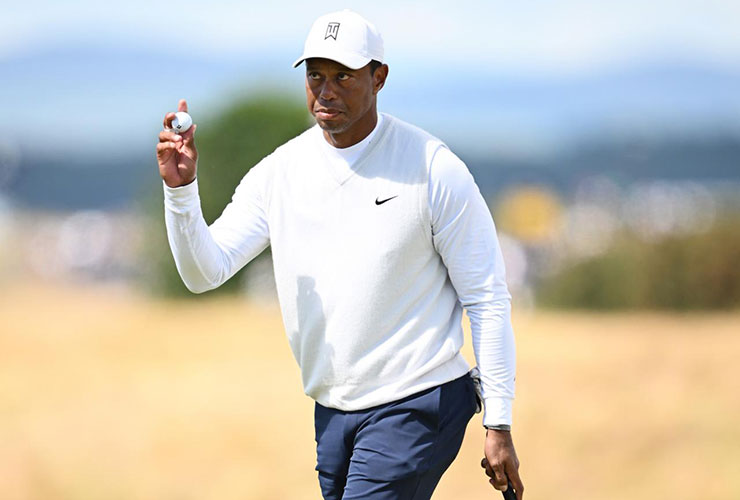 By Joel Beall
Add Tiger Woods to the list of voices that are frustrated with the revamped Official World Golf Ranking.

Speaking to the media on Tuesday at the Hero World Challenge, Woods was asked his thoughts about the OWGR, which released a modernised formula this past summer. The 15-time major winner didn’t mince words when giving his opinion on the matter.

“It’s a flawed system. That’s something we all here recognise,” Woods said. “The field at Dubai got less points than Sea Island and more of the top players were there in Dubai, so obviously there’s a flawed system.”

Woods’ comments come on the heels of Jon Rahm calling the OWGR system “laughable” multiple times during the DP World Tour Championship. While Rahm won the event, his No. 5 world ranking did not jump.

“I’m going to be as blunt as I can,” Rahm said earlier in the week in Dubai. “I think the OWGR right now is laughable. Laughable. Laughable. The fact that the RSM doesn’t have any of the top 25 in the world and has more points than this event where we have seven of the top 25 is laughable. The fact that Wentworth [the BMW PGA Championship] had less points than Napa [the PGA Tour’s Fortinet Championship] despite having players in the top 10 in the world is laughable … I understand what they are trying to do with the depth of field, but having the best players in the world automatically makes the tournament better. I don’t care what their system says. I think they have made a mistake. I think some aspects of it might be beneficial, but I think they have devalued the value of the better players.”

The OWGR is also under fire from LIV Golf, as the circuit attempts to earn world ranking points

However, as Woods acknowledged, while the OWGR shortcomings are evident, the answers are not.

“How do you fix it? You know, those are meetings we’re going to have to have,” Woods continued. “We’re going to have to have it with the World Golf committee and as well as our — the main tours that are involved in it, Somehow come up with a better system than is in place now. I remember in my career, when I had a big lead in my career, I didn’t have to play a single tournament the next year and I still would be ranked No. 1. We changed that system then. So it has been changed in the past and I’m sure this will be changed hopefully soon.”