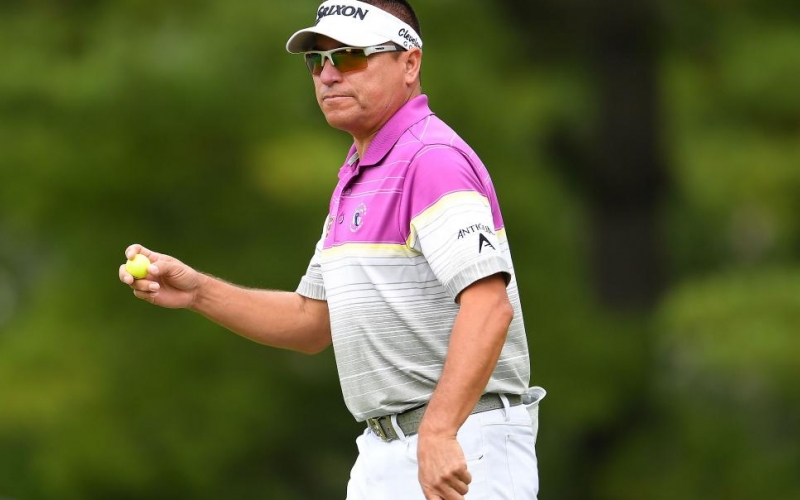 By Joel Beall
Three-time PGA Tour winner Robert Gamez has been arrested on misdemeanour battery charges, according to a report from Golfweek.

The incident in question occurred on Saturday evening in the Bay Hill neighbourhood of Orlando. Gamez is a resident of Orlando, and Bay Hill Club was the site of Gamez’s most memorable career moment, where he holed out a 7-iron for eagle on the 72nd hole of the 1990 Nestle Invitational to defeat Greg Norman by a stroke.

No details of the incident have been released as of writing. Gamez was released from Orange Country Jail on Sunday.

Gamez, 54, won the Haskins Award as the nation’s most outstanding collegiate golfer in 1989 and played on the United States Walker Cup team that same year. He turned pro the following season and won in his first event, the 1990 Northern Telecom Tucson Open, becoming the first player to win in their pro debut since Ben Crenshaw in 1973. Gamez would go on to win again at the aforementioned Nestle Invitational, securing Rookie of the Year honours.

However Gamez was never able to recapture that rookie-season magic, finding the winner’s circle only one more time (the 2005 Valero Texas Open) in 551 career starts on tour. Gamez battled a number of health issues, including surviving a car accident in 1998, that curtailed his career, with his last full season on tour coming in 2008. In his last PGA Tour start Gamez shot a 92 at the 2021 Arnold Palmer Invitational and was disqualified for failing to sign his card. He has played sparingly on the PGA Tour Champions, making just 16 starts since becoming eligible in 2018.