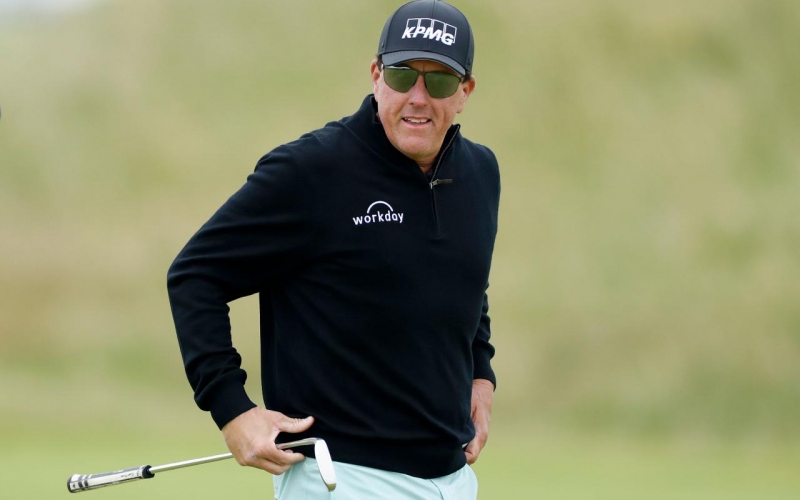 By Dan Rapaport
Phil Mickelson, out of the public eye for more than two months, has filed for a release from the PGA Tour to play in the inaugural LIV Golf Invitational event, according to a statement from his longtime agent Steve Loy on Monday. In addition, Mickelson has registered for the PGA Championship and the US Open.

“Phil currently has no concrete plans on when and where he will play,” the statement reads. “Any actions taken are in no way a reflection of a final decision made, but rather to keep all options open.”

The PGA Championship, where Mickelson is the defending champion after becoming the oldest major winner in history last year at Kiawah Island, begins on May 19 at Southern Hills in Tulsa, Oklahoma. The first LIV Golf Invitational event takes place at the Centurion Golf Club near London on June 9-11. It will feature a 48-man field and shotgun starts with a 54-hole, no-cut format that guarantees paydays for each participant.

Mickelson has not played on the PGA Tour since January. Monday evening marked the deadline for PGA Tour players to apply for a conflicting-event release from the tour, which is necessary to compete in any tournament staged opposite a tour event. The PGA Tour granted releases for players to enter the Saudi International, an Asian Tour event funded by the Saudi PIF that’s backing the eight-event International series. But the tour did so with restrictions and emphasised that they did not consider their decision precedent-setting.

A LIV Golf spokesperson told Golf Digest that 15 players inside the top 100 of the World Rankings have signed up for the first event of the series. No specific names were revealed, but the spokesperson said a full field list would be released in late May. Mickelson is currently ranked 54th. The circuit also announced on Monday that the $50 million season-ending team championship will be held at Trump Doral in Miami on Oct. 28-30.

This year’s US Open is at The Country Club in Brookline, and falls the week after the LIV event in England. The US Open is the only major Mickelson, 51, has not won, and he initially needed a special invitation to get into the field at last year’s US Open at Torrey Pines before he won the PGA Championship.