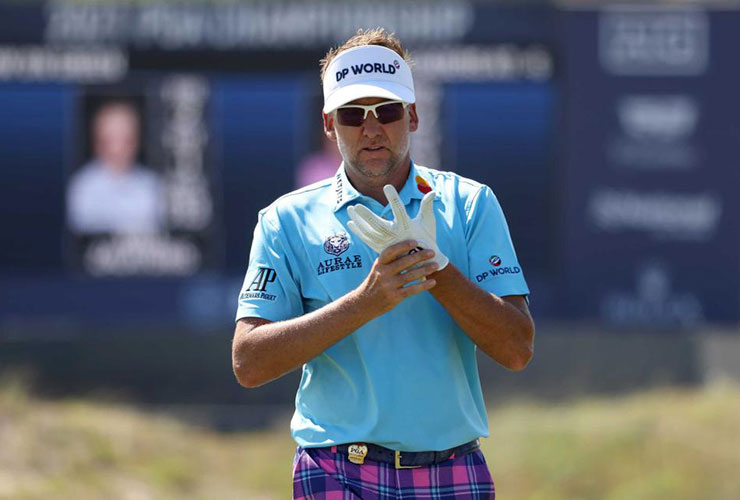 By John Huggan
For now at least, the battle is abeyance. The three players —  Jason Harding, Ian Poulter and Adrain Otaegui — who on Monday won a stay of the suspensions and fines levied against them by the DP World Tour, are not only free to compete in this week’s Genesis Scottish Open but at all tour events for the foreseeable future. In the immediate aftermath of losing that first round of arbitration to LIV Golf, a DP World Tour spokesman admitted that nothing is likely to change in the short term.

“We’re not going to fight any of the smaller battles,” was the message from the Wentworth-based tour. “Only the eventual war [in court].”

So it is that the other 13 LIV members are also eligible for the Scottish Open at the Renaissance Club. How many will take advantage of that fact will only be known when the draw for the first two rounds is revealed. Officials say all players will be added on top of the 156 golfers previously expected to compete in the joint DP World-PGA Tour event.

All of which is taking place within a mood of discontent on the DP World Tour and beyond.

“The general feeling is that, while most of the players can accept that the guys have made a choice to play on the LIV Tour, it has become a ‘them and us’ situation,” says one DP World Tour player who asked not to be identified. “It’s them against the tour they started out on. For me, that’s a hard thing to accept. It just feels like a betrayal. There is an element of ‘Why do you need to go?’ They have let us down. This tour has always been a family, as was shown at every Ryder Cup. We’ve always been together on everything. Now we’ve got Sergio [Garcia] and Rory [McIlroy] on opposite sides of the argument. What a pair they have been in the Ryder Cup over the years. Now it is hard to imagine it all working so well in the same team room.”

Billy Horschel, current holder of the biggest title on the DP World circuit, the BMW PGA Championship, was another to voice his displeasure with the men who are now playing their trades in LIV Series events.

“I believe they made their bed,” said Horschel, who shares membership on the PGA Tour and DP World Tour. “They decided to go play a tour and they should go play that tour. They shouldn’t be coming back over here to play the DP World Tour or the PGA Tour. To say that they wanted to also support either tour while playing the LIV Tour is completely asinine in my opinion. I’m just tired of these comments. Leave us alone, honestly.”

Speaking from Ireland, where he is competing in the JP McManus Pro-Am at Adare Manor, Poulter was equally outspoken in his response. In particular he was quick to shoot down any notion that he has been received badly by his fellow players over the last couple of days.

“My reception here has been unbelievable with the 40,000 fans that we’ve had,” said the 46-year-old Englishman. “In the locker room are people that I play against week in, week out, and if they take objection to it, that’s up to them. I haven’t had a problem with any of the players. I’ve seen Rory this week and had a chat, I’ve seen Thomas [Bjorn], and, yes, we have a difference of opinion. But we’re still friends. When you’ve played golf with these players for a very long time it’s strictly a business decision, it’s not a personal decision that needs to get in the way of friendships. I class pretty much everybody out here on tour as a friend.”

Poulter had less to say about the fact that he is currently banned from the PGA Tour, but was vehement in repeating his view that appealing against the DP World suspension was the right thing to do.

“I’ve always been committed to the European Tour over the last 24 years and 389 tournaments,” he continued. “That has never changed. I’ve always played over 100 per cent more events in Europe than I have ever needed to, even while holding a PGA Tour card. So to have a suspension held over you and sanctions is not a nice position to be in. We can name quite a few players that have given their membership up over the years to concentrate solely on the PGA Tour. I’ve never done that. Not everybody is going to agree with me and my decision, but that’s everybody else’s opinion. I don’t know the next stage as yet. How that unfolds, or whether that’s in weeks, months, years, we’ll have to wait and see.”