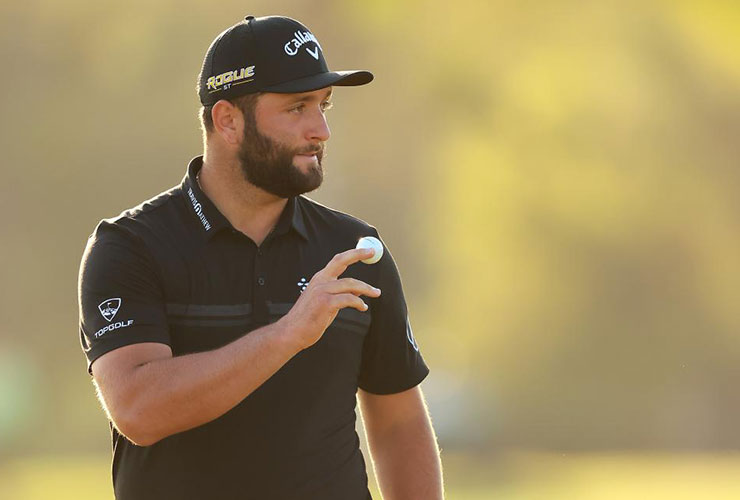 By Alex Myers
To no one’s surprise, Jon Rahm was an overwhelming favourite to win this week’s Mexico Open at Vidanta. The 27-year-old Spaniard was given about as much respect as we’ve seen any player get since Tiger Woods was in his prime. And yet, after one round, he is beginning to look like a no-brainer.

The top man in a (weak) field wasted no time establishing himself as the guy to beat by shooting an opening 64 to grab a share of the Day 1 lead at seven-under par. Although there’s a lot of golf left, Rahm is in the driving seat already.

Rahm averaged 324.6 yards off the tee on Thursday while missing just one fairway at Vidanta Vallarta, a course hosting the PGA Tour for the first time. He hit 15 greens while gaining nearly 1.5 strokes putting. In other words, the World No. 2 had everything working during his bogey-free round, but he was particularly happy with his driver.

“Yeah, really comfortable off the tee,” Rahm told reporters. “It’s not like it’s ever bad, but today felt especially comfortable. It’s not the most demanding golf course off the tee, right, besides 10 and maybe 1. You’re not really in real danger of being in bad position, but even though it’s generous, when I’m hitting shots the way with the trajectory and the ball flight that I wanted, it just gives me more confidence for every other shot. I was really comfortable out there, so it reflected on the score.”

One of those tee shots found the green on the drivable par-4 seventh, and Rahm converted the 40-footer for his lone eagle of the day. However, he was most proud of a short-game shot early in his round.

“You know, I’m going to say the chip shot on 13, chipped that one in,” said Rahm, who started on the back nine. “I hadn’t hit my best iron shots early on, right? Misjudged it on 10, double crossed it on 11, double crossed it on 13 and got the first two up-and-downs and then chipped that one in from an uncomfortable lie and tough one, right? That was a huge bonus. I think a lot of people obviously would look at the eagle on 7, but that one early on was a huge booster.”

Incredibly, Rahm hasn’t won anywhere since capturing his first major last June at the US Open. But he’s certainly in position to end that drought this week.

Here are other takeaways from Day 1 at Vidanta Vallarta.

A PGA Tour Latinoamerica player proves he can hang

Rahm wasn’t the only player going low on Thursday, particularly during the morning wave when the wind wasn’t blowing as hard. In fact, there’s a six-way tie at the top that includes Bryson Nimmer. Yep, Bryson Nimmer. 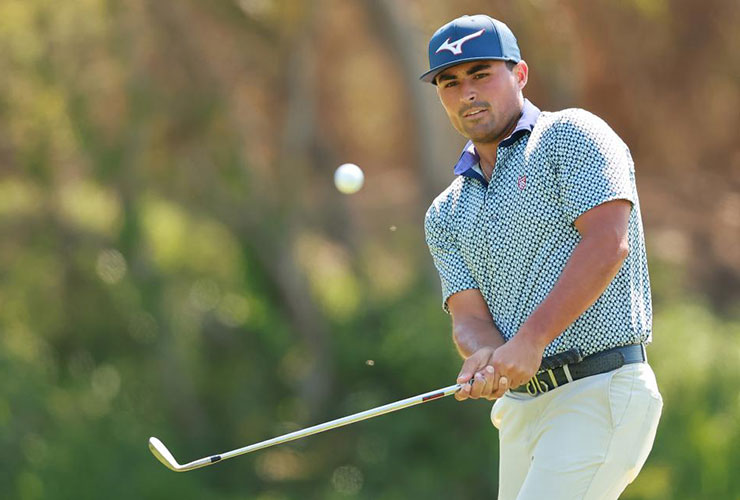 You’re forgiven if you haven’t heard of this 25-year-old pro who joined the PGA Tour Latinoamerica this year and played his college golf at Clemson. Making just his ninth career PGA Tour start, Nimmer was four-under at the turn before a pair of bogeys to start his back nine. But after a couple pars, he caught fire down the stretch by shooting five-under over his final five holes to grab a share of the lead.

Nimmer got into this event by Monday qualifying, but it’s not the first time this year that his name has surfaced on a PGA Tour leaderboard. Just last month he finished T-11 in the Corales Puntacana Championship. Still, he knows how much an even bigger week could do for his career.

“It’s really hard. You just don’t know where you’re going to play, I think that’s the hardest part,” he said. “The Mondays, you know, it’s an opportunity, it’s just a chance to get out here. I’ve been trying to take advantage of it. This is the second one of the year that I’ve gotten through, so it’s really nice that we have those chances and those opportunities and it would be really nice to get some status though.”

Three more 64s and that won’t be a problem.

Another Clemson product — albeit a much older Clemson product than Nimmer — turning heads on Thursday was Jonathan Byrd. The 44-year-old is also part of that logjam at the top with Nimmer and Rahm (along with Brendon Todd, Trey Mullinax and Kurt Kitayama). 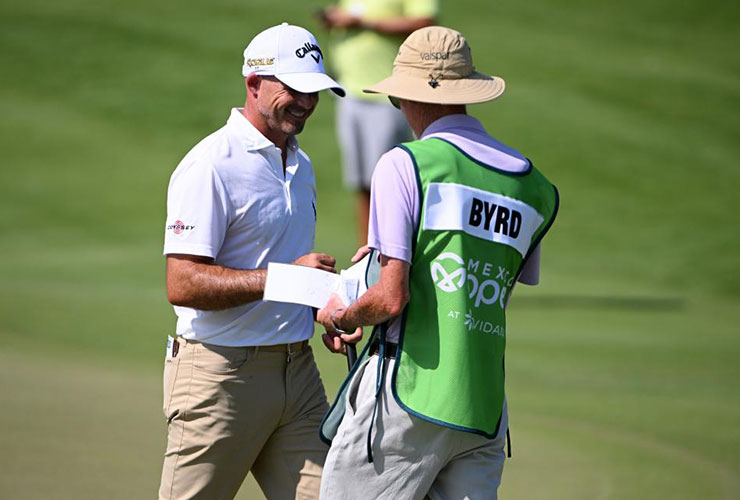 Byrd has just three PGA Tour top-10s in the past eight years and it’s been more than 11 years since his third and most recent win.

“I’m still trying to prove I’m 44 and I can compete with these guys,” Byrd said. “It’s getting harder. I played with Taylor Moore and Alex Smalley today, two new studs on the PGA Tour, and they hit it far and they hit a lot of quality shots. But I still have something to prove, I still feel like I can compete. Every week is an opportunity for me to have fun with it and see what I can do.”

After having to go back to Q school last year, Byrd was worried about the number of opportunities he would have this season. But his solid play, including a T-9 at Pebble Beach in February, has helped.

“I started the year thinking I might get in 15, looks like I might get in more like 20,” he said. “I’m just happy to have starts. And my game’s good, so trying to stay aggressive and see what I can make of it.”

An even rarer pair of aces

And, finally, congratulations to Kiradech Aphibarnrat and Scott Gutschewski for both making a hole-in-one on the par-3 fifth hole. And congrats to me as well for spelling both of their names properly. At least, I think I did.

Anyway, it’s just the fourth time in PGA Tour history that there have been multiple holes-in-one on the same hole during the same round of a tournament. The last such occasion? The final round of the 2016 Masters when Shane Lowry, Davis Love III and Louis Oosthuizen all aced the 16th hole. But that was a shorter hole with a much easier pin position, while Kiradech and Scott did it on the 188-yard par 3 at Vidanta Vallarta. Here’s Kiradech’s, which came in the first group of the day to reach the hole:

The first group to play the 5th hole today …@Kiradech drains it for the ACE! pic.twitter.com/gMBqRNGnNF

The second ace of the day on the 5th hole!@S_Gutschewski one-hops it in for his second career hole-in-one on TOUR. pic.twitter.com/62TEOqraZY