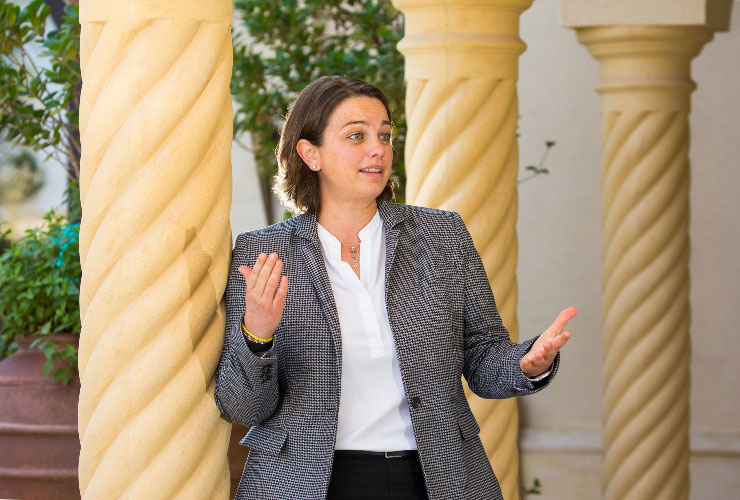 This year’s season is the most lucrative in LET history, with 34 events across Europe, the Middle East and Africa, and as far afield as the United States and Australia.

Following on from the COVID-19 pandemic, the Ladies European Tour returned from stronger than it went in back in 2019.

Last season’s introduction of the Aramco Team Series (ATS) events brought four $1million prize-fund tournaments to the calendar, taking the Tour to London, Sotogrande in Spain, New York and Jeddah for three-days of team and individual competition in a new-look format.

Each ATS event sees up to 36 team captains pick a teammate, then be assigned a randomly selected third teammate and an amateur golfer, who plays with a handicap. Together, they then compete over Thursday and Friday as a fourball, with the two lowest scores per hole recorded and the lowest total score winning.

The concept of a combined team and individual tournament came from Armas herself and was backed by Golf Saudi and their sponsor Aramco.

The events return with a revived format (two days of team competition, then a closing day individual-only battle), and, importantly, the opportunity for players to earn further prize money, with a share of another $1million added to the year’s kitty.

“It’s exciting growth,” said Armas, now into her third year as head of the LET. “Coming out of the pandemic we were looking for partners that would not just allow us to push the Tour forward, but also offer a strategic commitment to our players. The partnership with Golf Saudi and Aramco has helped us to achieve that.

“Now, as we emerge from the pandemic, the addition of the Aramco Team Series – Bangkok has truly helped us to elevate the Tour by driving up the prize funds. The players enjoy playing in the team format and the organisation around each of the Series’ events, from the quality of the courses to the build, facilities and the hospitality around them is elevating the standards across the board. To many of our members, these events feel like majors – and they look forward to playing in them almost as much.”

“In devising the concept for the Aramco Team Series events, we wanted to innovate and do something different. The LET is looking at ways of engaging with our fanbase to get them hooked on watching golf more regularly. New creative ideas and different ways of doing things can help with that.” 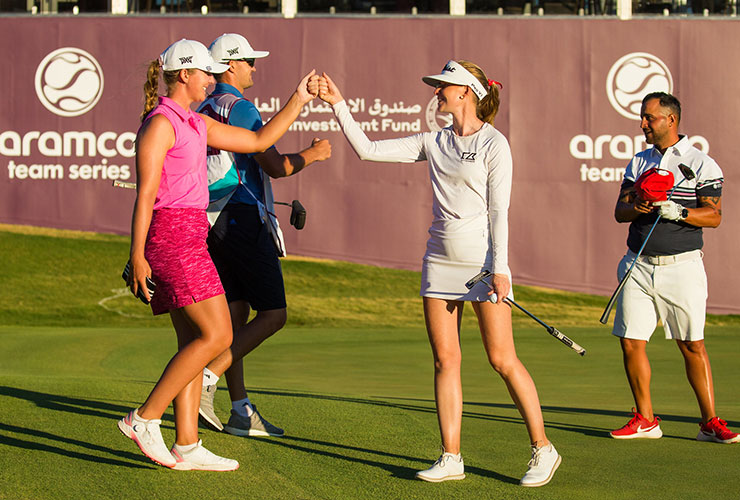 The Aramco Team Series certainly does encompass everything Armas seeks to achieve Tour-wide. While attracting the biggest names in golf, they also mix things up – from its format and NFL-style draft, to players walking onto the tee to their choice of music. Events last year also had live on-course DJs and other non-traditional approaches designed to change and retune the tone.

“The Aramco Team Series events appeal to established golf fans and the next generation coming into the game,” said Armas. “Each of the ATS events last year brought about some truly thrilling golf and epic climaxes, with three of them going to play-offs. Our refined format for this year will only heighten that experience — for players and fans alike — and I’m excited to get 2022’s Series under way in Thailand.”

As key backers of the Series, Golf Saudi are also thrilled to see the event grow in stature for 2022.

Deputy Chairman and CEO Majed al Sorour said: “The format of the Aramco Team Series was a prospect that we were desperate to be involved in from the get-go — and for a debut event, it could really not have gone any better last year. The players loved it and it allowed us to grow the women’s game, including by taking the Ladies European Tour to the States for the first time in its history with the Aramco Team Series — New York.

“To be expanding the Series into a new territory with our Thailand event for 2022 is a massively exciting next step. We can’t wait to be part of it and to see the role all five events continue to have in advancing women’s golf.”

From New York, with love