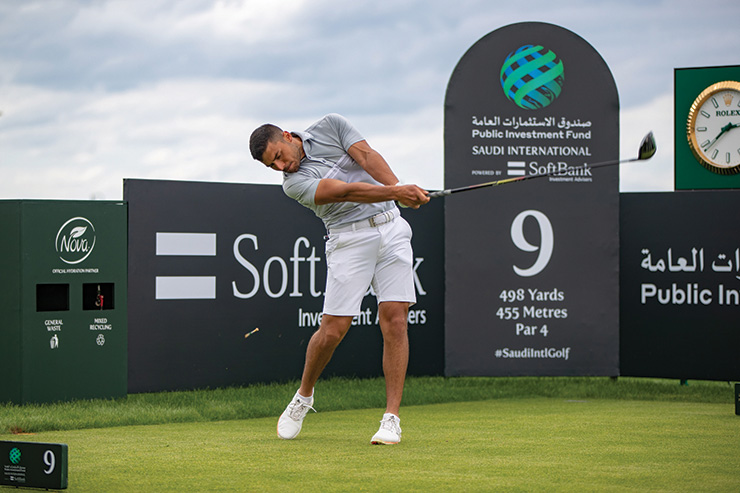 By Matt Smith
Golf Saudi’s highest ranked amateur golfer Faisal Salhab has continued his progress to vie with the best across the globe as he registered two excellent results in England. A T-15 in the Tilmann trophy at Castle Royle Golf and Country Club, Reading was followed by a 16th place in the world-renowned Walton Heath Trophy in Surrey have the 25-year-old in fine shape ahead of the second half of the Asian Tour and its International Series events.

Salhab, who was victorious in two events during 2021 in the MENA region, has started to make waves on the international stage, shot a first-round six-under 65 at Castle Royle, and is targeting a return to the winner’s circle.

Both events in England showcased world-class amateurs, with 132 competing at the Tillman Trophy and 113 at Walton Heath. On very different courses to those in the Middle East, Salhab demonstrated his adaptability and development across a wide range of layouts and set-ups.

The Walton Heath and Tillman Trophy have produced some exceptional winners in the past with 2016 Masters Champion Danny Willett and four-time major champ Ernie Els both making their names in these competitions.

“The preparation that I’ve done in the UK has given me a lot more confidence in my game,” said Salhab. “By playing on different courses, I’ve had to adapt to the variety of conditions, which in turn has made me a more of a complete player. I am now focused and looking forward to competing at these next few tournaments in Asia.”

“Both Faisal and Saud (AlSharif, fellow Saudi amateur also competed in England) have a tremendous amount of talent and they both proved that by competing in these high-calibre tournaments in new and challenging conditions,” said Smith. “It was great to witness the hard work and preparation that was put in transcending into some really positive results. They can be extremely proud of how they are representing themselves and their country on the international stage.”

“I have taken away many positives from my experience playing in these UK tournaments over the summer,” he said. “It was a challenge not only for my physical game but also my mind. I proved to myself that I was able to post a good score when I needed to in order to make the cut by fighting for every shot until the final putt was sunk.”

Both players now head to the Asian Tour International Series events in Singapore and South Korea as recognised amateurs and they will play against some of the game’s greatest players.

It has never been easier to get into golf — regardless of gender, age or physical ability

Flying the flag: Saudi Arabia’s Faisal Salhab and Saud AlSharif ready for next step in their careers