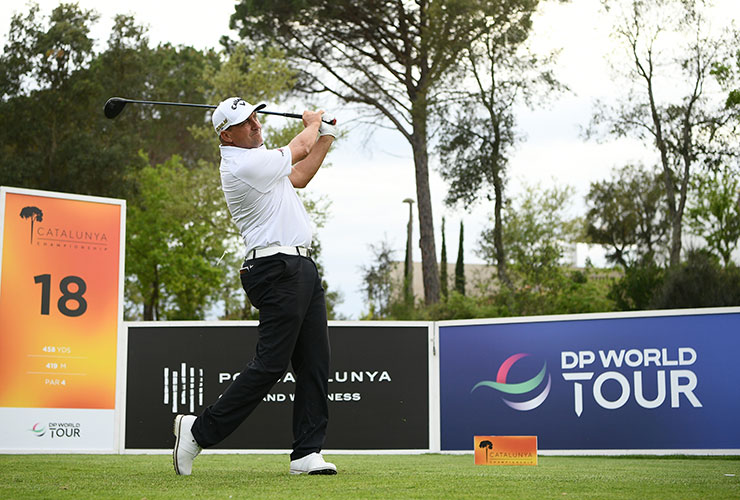 By GolfDigestME.com
Darren Fichardt and Jeff Winther made late charges up the leaderboard to join Oliver Bekker at the summit after day one of the inaugural Catalunya Championship.

In-form South African Bekker had set the target at six-under with a 66 and as the wind got up in the afternoon, it did not look like he would be caught at PGA Catalunya Golf and Wellness.

But countryman Fichardt reeled off six birdies in eight holes after the turn to pass him, only for a double-bogey on the last to drop him back alongside Bekker and Dane Winther, who made four birdies in five holes from the 11th over the recently upgraded Stadium Course.

The Catalunya Championship started with a special moment, when Antonio Garrido, winner of the first ever DP World Tour event, hit the honorary tee shot. The 78-year-old won the 1972 Open de España at nearby Golf de Pals and returned to Girona as part of the Tour’s 50th anniversary celebrations.

“I played solid, hit a lot of fairways – you have to out here,” said Winther. “Had lovely iron shots here and there and made a few good putts, so can’t complain.

“It’s very important just to keep your game flowing, keep thinking positive, because you have a lot of chances if you hit the fairways. The greens are still a bit soft so you can spin them out quite easily.

“The last two weeks in Spain have been, course-wise, phenomenal, the best we’ve played in a while. The greens are lovely, the fairways are really good and the rough is mean. It’s just the way it should be, in my opinion.

Fichardt added: “I played really solid, I know is a tough golf course, you have to keep the ball in play off the tee and make sure you get chances. The front nine I just really played solid, I made two good birdies and then I putted great in the back nine, which was nice. Managed to hole really good putts, managed to get momentum and unfortunately didn’t do so well in the last one but if you gave me a 66 before I started I would have taken it.

Garrido was feeing the pressure as he stepped on to the first tee.

“I feel different, I was less nervous then (winning in 1972) than I am now,” he admitted. “In those moments you are not thinking about the future in 50 years, at that moment you are in another moment of life, and I could never think that that could lead us to this moment (celebrating the 50th anniversary of the Tour).