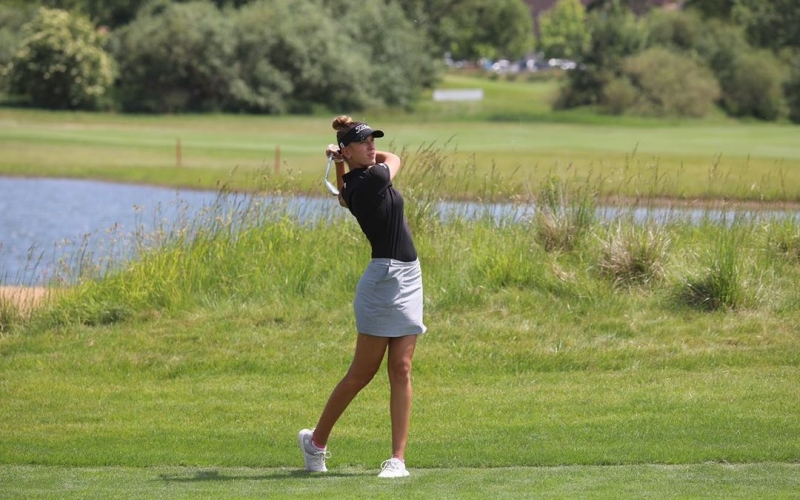 By Matt Smith
Dubai teen golfing sensation Chira Noja has had to withdraw from the Ladies European Tour Aramco Team Series — England, which begins at Centurion Club on Thursday.

“Unfortunately, I had to withdraw from the Aramco Series today as I’ve pulled a rib joint. I tried everything, however my pain was getting worse,” Noja posted on social media.

Unfortunately, I had to withdraw from @Aramco_Series @LETgolf today as I've pulled a rib joint. I tried everything, however my pain was getting worse.…. pic.twitter.com/zS1TcD2o76

The 16-year-old was set to join the likes of Bronte Law, Charley Hull and Georgia Hall at St Albans, having shot to prominence in the past few weeks — winning the LET Access Series Czech Ladies Challenge in a world record, becoming the youngest winner on the LET at 16 years, 81 days.

The German also finished ninth in the Montauban Ladies Open in France at the weekend. Noja got in touch with Golf Digest Middle East to explain how she picked up the freak injury. “I pulled the rib joint due to hay fever sneezing this morning,” she said.

The Aramco Team Series — London is the second of the Saudi-backed team competitions of the season, following the inaugural Bangkok event last month, which was won by Belgian Manon De Roey in the individual event, while Whitney Hillier, Chonlada Chayanun, Krista Bakker and amateur Pattanan Amatanon claimed the team title.