Calling all weekend golfers: Your chance to play in Aramco Team Series — London alongside the likes of Georgia Hall, Charley Hull and Bronte Law 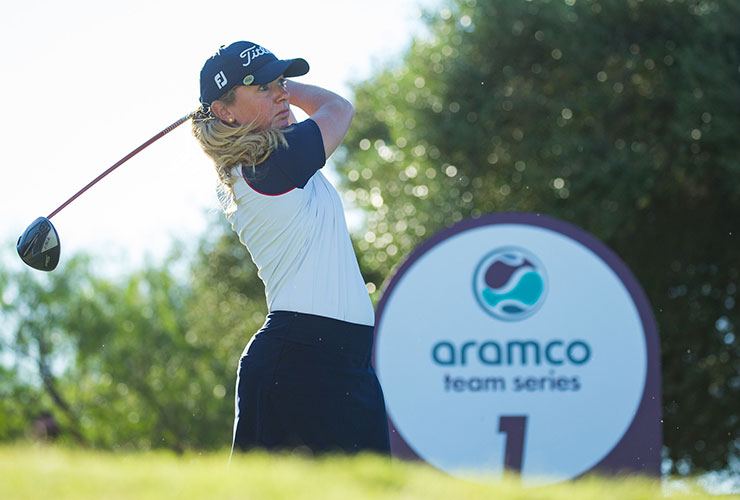 By Matt Smith
Next month’s Aramco Team Series — London is offering one keen amateur the chance to play in the Ladies European Tour (LET) event’s $1million team format at Centurion Club, alongside the likes of British No. 1 Georgia Hall, Charley Hull, Bronte Law and a host of superstar golfers.

ATS — London will give away one playing spot in its unique two-day team format — where three LET pros team-up in a fourball with one weekend golfer, and together look to shoot the tournament’s lowest score over 36 holes.

The lucky winning golfer will take the amateur spot in one of the tournament’s 36 teams, giving them the opportunity to play in a professional tournament, in front of fans, where their playing partners will be competing for $1million prize money and vital Race to Costa Del Sol points, live on TV.

“I’m sure there’s not a weekend golfer among us who hasn’t sat watching golf on TV imagining what it would be like to play alongside the best in the planet, on one of the world’s best courses. We’ve all been there, before eventually succumbing to the fact that this dream will only ever be that: a dream.

“Well, we want to make that dream a reality for one amateur golfer next month at Centurion, and our Team Up competition is here to help make that happen.”

From now and up until the week of the ATS — London (June 16-18), VPAR — the world’s No. 1 golf GPS and scoring app — has added a special ‘Aramco Team Series Challenge’ to its app, which golfers are asked to join.

Each round of golf recorded on VPAR leading up to the tournament will automatically register that golfer one entry into the random draw to win a spot in the three-day tournament, the second of five Aramco Team Series events on the LET in 2022.

The more rounds you play, the more entries submitted, increasing your chances of winning.

Hogg added: “The Aramco Team Series format is like nothing else in world golf. The players love playing the events, the on-course vibe is incredible and the whole set up guarantees three-days of entertainment – on and off the course.

“Each event seeks to elevate women’s golf and the fan experience and we can’t wait to welcome the world’s best golfers back to Centurion to what we hope will be a packed fan zone at Centurion Club.”

Tickets for ATS — London are now available from £5.