Mixed and team events are helping take the women’s game out of the shadows, slowly but surely, says Olivia Jackson By Matt Smith
Olivia Jackson, the Emirates Golf Club pro, had just stepped off the 18th green, where the Pros finally reclaimed the Dubai Golf Trophy from the Ams after six years.

“That’s what I am talking about,” she said with a huge grin after becoming the first-ever female to contend in the Ryder Cup-style event last month.

The two-day event at Dubai Creek Golf & Yacht Club and EGC saw the 16 top amateurs take on the leading pros, with Jackson contributing to the latter’s points total in a nail-biting finale that came down to the last putt. 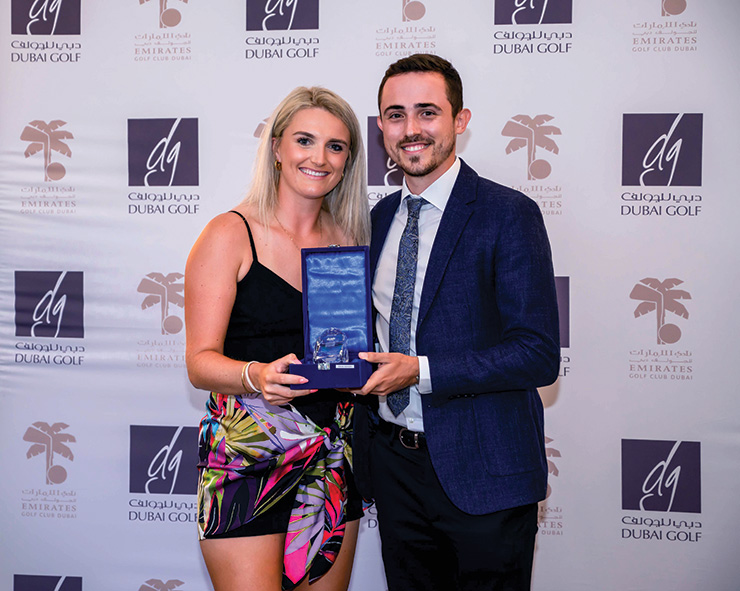 Stepping away from the celebrations, England’s Jackson spoke to Golf Digest Middle East to reflect on her landmark achievement and also stress the importance of mixed events such at the Dubai Golf Trophy in helping female golfers share an equal spotlight with their male counterparts.

Jackson is thrilled to see more and more mixed events such as the recent back-to-back Trust Golf events co-sanctioned between the Asian Tour and Ladies European Tour, where male and female players contend for the same trophy and prize money.

Alongside this is the expanded Aramco Team Series, which is now up to five events a season — with a new venue and bigger purses — where female golfers compete in an innovative simultaneous team and individual competition format. Jackson believes that the changes are slowly being put in place to help the female golfers, and it is not before time.

The ATS introduced four $1million tournaments to the LET last year, with some of the biggest names in golf contending and attracting millions of new viewers around the globe. 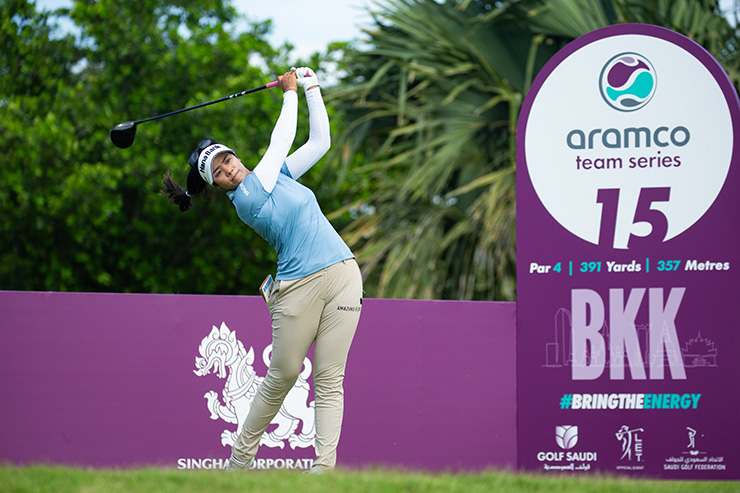 Now Bangkok has joined the party and teed off the 2022 series. It was a roaring success, with local heroes star Patty Tavatanakit, world No. 14, former world No. 1 and two-time major winner Ariya Jutanugarn and sister Moriya competing alongside some of the biggest global stars.

“The likes of the Aramco Series is great as it gives us more exposure,” Jackson told Golf Digest Middle East. “We go into these new, innovative competitions to push the game forward and help inspire the next batch of hopefuls. Sometimes they are put in the shade as the male game is on TV all the time, but these events show we can compete and entertain just as well, if not more so.

Jackson also points to the Trust Golf events in Thailand.

“We also have so many mixed events these days to show we really can mix it with the boys, just like the Dubai Golf Trophy, where I qualified on merit. The LET and Asian Tour just had two recent mixed events with male and female players going for the same trophy and I see that as the way forward to inspire the next generation of kids, both girls and boys.

“One hundred per cent we need more of these. It is becoming more equal and we just need more. It would be lovely to, say, get a mixed DP World Tour and LET event. We have all the facilities right here in Dubai and it would be a great piece of entertainment.”

While there are hopes for the future, Jackson herself knows she is playing her part for change.

“I was really excited to play in the Dubai Golf Trophy as I play with the boys almost all the time and so to me mixed golf is commonplace,” she said. “We just need to see more events — big and small — give female golfers of all abilities the chance to compete and give them the opportunity to take their game to the next level.

“The LET is proving it wants to lead the way to give players different experiences and increase popularity, both among players and viewers.

“Showing the young girls I coach, showing I can play against the boys and win against them will hopefully give them a little fire, a little drive, to show them what they themselves can do.” 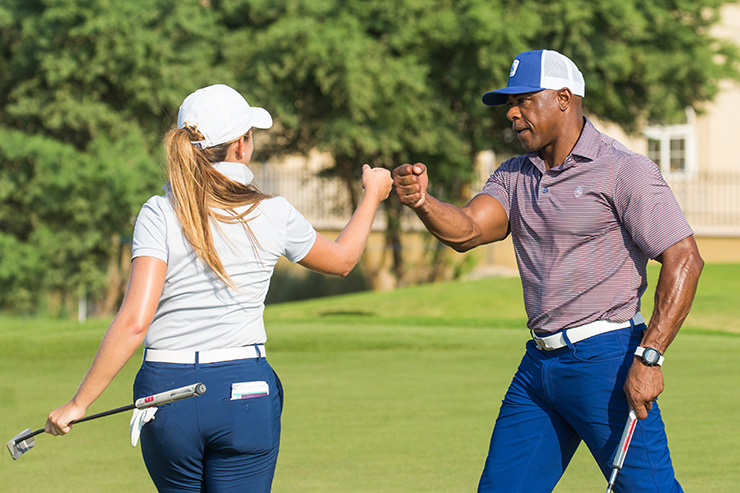 With the summer upon us, Jackson is looking to play a few tournaments back home in England, and she is aiming for the mixed events to prove that she can continue to hold her own.

“While the LET is doing its part, we need to see mixed golf at all levels,” she said. “I will compete in some mixed events in the 2020 Pro Golf Tour, which is great to see. Everyone has so much to learn from each other and the only way to improve is to play against the best and most varied opponents that you can. Events like these 2020 Pro Tour ones in Yorkshire, and then more events all around England this summer will help provide the female golfers with more and more opportunities.

“In the past, women have not been allowed to play in certain tournaments, and I think I have played my part in helping to change that by qualifying to play in the Dubai Golf Trophy in my own right in the Order of Merit.

“I do not really see much gender difference when we are out there, these guys are all my friends first. And I know I can beat any of them on my day.

“This is another step on the journey. I just wanted to get the points and help the team. I was just another match against another player. For me, the girls need to play against the boys without a glass ceiling or any patronising and that is the way it needs to be. We are all equals.

“The amateurs all need the same treatment. They are so many impressive amateurs and they can pit it easily against these guys. Easily. We just need more combined events for them to prove themselves. Emphasis and investment will help this journey but we still have some way to go.”