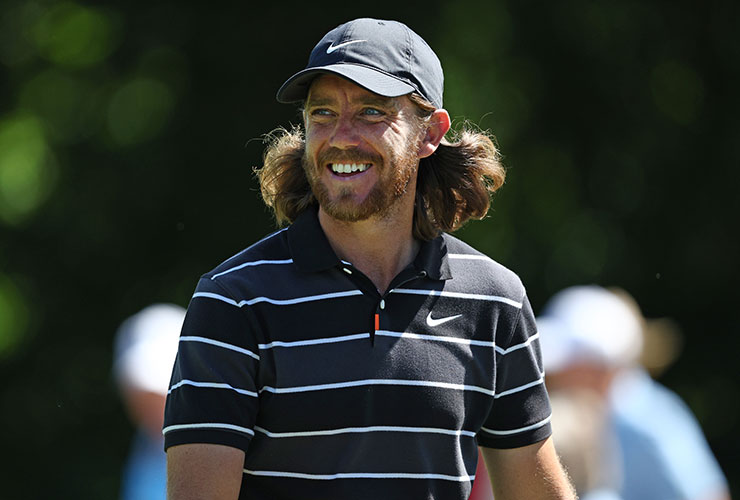 By Golf DigestME.com
Tommy Fleetwood hopes to bring his recent Major Championship form back to Europe as he tees it up at the Porsche European Open at Green Eagle Golf Courses.

The 2017 European No. 1 finished in a share of 14th at the Masters at Augusta National and followed that with a career-best finish of T5 at the US PGA Championship at Southern Hills last month.

Fleetwood is making his first appearance at the Porsche European Open since 2016 and is joined in the field by Henrik Stenson, who is teeing it up on European soil for the first time since being announced as Europe’s Ryder Cup captain for 2023.

The 2016 Open champion will lead Team Europe in Rome next year and the Swede is looking forward to making a return to the formidable Porsche Nord Course in Germany this week. Also teeing it up in Hamburg is his recently appointed vice-captain Edoardo Molinari, who has recorded two top ten finishes in his last four starts.

Marcus Armitage returns to the scene of his emotional maiden DP World Tour triumph this week. The 34-year-old became the fourth consecutive English winner of this tournament in 2021 as he won by two strokes from Thomas Detry, Molinari, Matthew Southgate and Darius van Driel.

The European Open is the final event of the 2022 US Open European Qualifying Series, with the top 10 aggregate points earners, not otherwise exempt, from the British Masters, Soudal Open, Dutch Open and European Open earning a place at The Country Club, Brookline later this month. Armitage was one of the 10 players who earned a spot at Torrey Pines last year through last year’s Qualifying Series after his victory in Hamburg.

“I’m playing consistently,” said Fleetwood. “I’m always working hard on my game, but that doesn’t mean you’re always getting it right. I’m very consistent and I’ve shown some positive performances. I’ve lacked top finishes, but top five in the PGA was a good start to that.

“Overall, I feel more comfortable and confident about where my game is now compared to six months to a year ago. Hopefully results will be a part of that and they’ll come. Every week feels like there’s less pressure on each week to get it right. You don’t try and force it and just have faith in what you’re doing. Hopefully performances come and confidence builds from there.”

Stenson added: “I’ve done a lot of work on the long game with my coach. It’s been getting better. I haven’t had the results that we would like in the Spring. I’ve probably played better than the results have been showing — you just have to keep your head down, keep grinding and hopefully turn a corner on the results side of things.

“It is very much a long golf course and it’s playing fairly soft, which makes it play even longer. A lot of long par fours and the par fives are really, really long too. You have to keep the driver on the short stuff. It’s a lot of fairways and greens, make your pars and go to the next one on the par fours. Then on the par fives you want to give yourself chances with the approach shots and hopefully you’ll pick up a few birdies there.”

Armitage said: “My maiden victory was fantastic and it instills a little belief into you that you can do what you’ve always dreamed of and it’s great to be back. I’ve got some great memories.

“I was four behind going into the final day and I just turned up and thought ‘let’s go and have a great day and then get home and move on’. And then I set off like an absolute bullet and got it going and all of a sudden you’re in a position where you can win. It wasn’t until the last probably four or five holes that I realised that I had a real good chance on a tough golf course to post a score and get people behind me trying to catch me. I did that and I was buzzing at the end.”

You might also like:
LIV Golf: All you need to know
Your top players to watch at LIV Golf Invitational
DJ to headline LIV Golf Invitational
Looking back at the Dubai Golf trophy with captains and players
Bland to play LIV Golf, even if it means ban
Rickie Fowler considers LIV Golf options
Shiv Kapur hails Asian Tour opportunities thanks to LIV Golf and Saudi Golf
The Gulf Club: The latest golf news from around the UAE
Meet Malak, the first Arab to play at US Women’s Open
Stellar line-up set for Newcastle
Dubai Golf Trophy: The best weekend
Pros regain the Dubai Golf Trophy
In the mix: Olivia Jackson
Impossible pin position causes havoc at high school event
WATCH: Dubai golfer’s insane par save