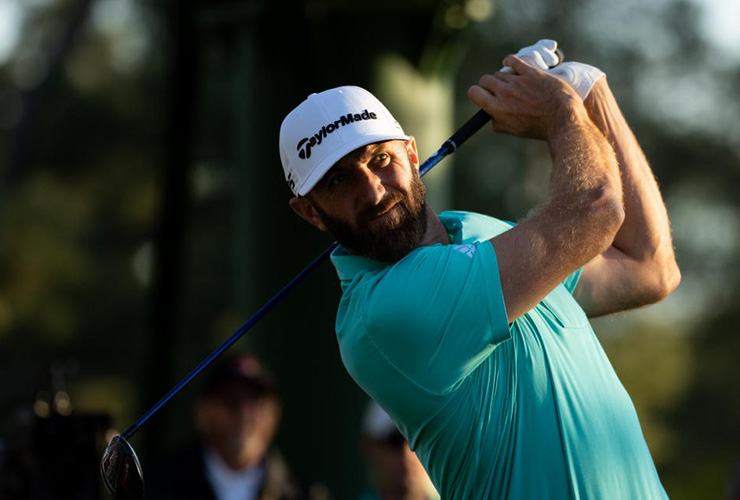 By Joel Beall
In a surprising turn, Dustin Johnson headlines the field for LIV Golf’s inaugural event outside of London.

The Saudi-backed league announced 42 players for the first tournament of the LIV Golf Invitational Series, starting June 9 at the Centurion Club, with the two-time major winner highlighting the list of competitors. Though he was previously linked to the fledgling circuit, Johnson came out with a statement in February pledging loyalty to the PGA Tour.

But Johnson’s agent, David Winkle, released a statement to various outlets on Tuesday saying Johnson continued to weigh the offer. “Dustin’s been contemplating this for the past two years and decided it was in his and his family’s best interest to pursue it,” Winkle said. “He’s never had any issue with the PGA Tour and is grateful for all it’s given him but in the end felt this was too compelling to pass up.”

Other notable names in the field include Louis Oosthuizen, Sergio Garcia, Lee Westwood, Talor Gooch, Martin Kaymer, Kevin Na and Ian Poulter. All told, four players in the top 50 are among the participants — Johnson (13), Oosthuizen (20), Na (32) and Gooch (35) — and 16 of the top 100.

The remaining six spots in the 48-player field will be announced on June 6 following this weekend’s events such as the International Series England on the Asian Tour. The overall purse for the initial event is $25 million, $20 million of which will be given out in the individual portion of the event. The winner will earn $4 million.

Absent from the initial field is Phil Mickelson. The 51-year-old has been the most prominent name connected to LIV Golf and noted in a February interview with Golf Digest that the PGA Tour’s “obnoxious greed” had him looking elsewhere to play professionally. But Mickelson has remained out of the public eye since late February when the Fire Pit Collective published an interview in which Mickelson claimed he was using the Saudi-backed golf circuit as leverage against the PGA Tour and claimed he had paid lawyers to draw up the league’s operating charter. The story caused backlash, with Mickelson issuing an apology for his “reckless” comments and stating he would be taking time away from the sport.

However, it’s possible Mickelson takes up one of the remaining spots next week, and Mickelson’s agent Steve Loy acknowledged in April that Mickelson had requested a release from the PGA Tour to play in the LIV Golf series opener.

The London event kicks off the circuit’s eight-tournament series. Each will be a three-round, 54-hole competition with no cuts. There will also be shotgun starts in order to fit the events in a shorter time window, along with a team component, with 48 players divided between 12 squads. Five of the events will be held in the United States. Those sites are Pumpkin Ridge Golf Club in Portland (July 1-3), Trump National Golf Club in Bedminster, New Jersey. (July 29-31), The International in Boston (Sept. 2-4), Rich Harvest Farms outside Chicago (Sept. 16-18) and Trump Doral in Miami (Oct. 29-31). Other hosts include Stonehill Golf Club in Bangkok and Royal Greens Golf Club in Jeddah.

PGA Tour Commissioner Jay Monahan has promised that any tour member who competes in an event on the rival league would face suspension from the PGA Tour and possibly a lifetime ban. The tour denied conflicting-event releases to all tour members who requested to compete in the London event. However, a PGA Tour spokesperson told Golf Digest’s Dan Rapaport that disciplinary actions will not be handed out until the London event commences.