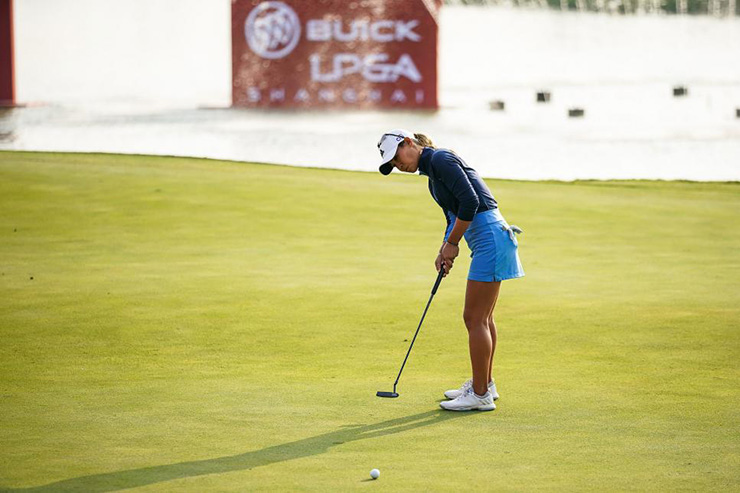 Danielle Kang closes out her victory at the 2019 Buick LPGA Shanghai. The tournament has been cancelled for a third straight year due to COVID-19 restrictions. Yifan Ding

By Ryan Herrington
Within minutes of each other, the PGA Tour and LPGA issued statements Wednesday announcing the cancellation of tournaments scheduled to be held in China in October. Both cited guidance from the China Golf Association about ongoing COVID-19 related restrictions.

The WGC-HSBC Champions was slated for Oct. 27-30 at Sheshan International in Shanghai. It was one of two remaining World Golf Championship events on the PGA Tour schedule. This is the third straight year the event has been cancelled due to COVID. The last playing came in 2019 when Rory McIlroy beat Xander Schauffele in a playoff.

“We have worked with all Tours, as well as the China Golf Association, on the viability of hosting the WGC-HSBC Champions this fall, but unfortunately the logistical implications forced the difficult decision to cancel the event,” said Christian Hardy, PGA Tour Senior Vice President, International. “We are thankful for HSBC’s partnership during these trying times as we continue to navigate the changing COVID-19 climate.”

That same week, the PGA Tour was planning to play the Butterfield Bermuda Championship. The tour announced that the Bermuda event at Port Royal Golf Course will now be a full FedEx Cup points event with a purse of $6.5 million.

The Buick LPGA Shanghai was set for Oct. 13-16 at Qizhong Garden G.C. in Shanghai. This event has also not been held since 2019, when Danielle Kang defended her title. It was to be the first of four straight weeks that the LPGA would be playing events in Asia; the tour still has tournaments in South Korea, Chinese Taipei and Japan slated.