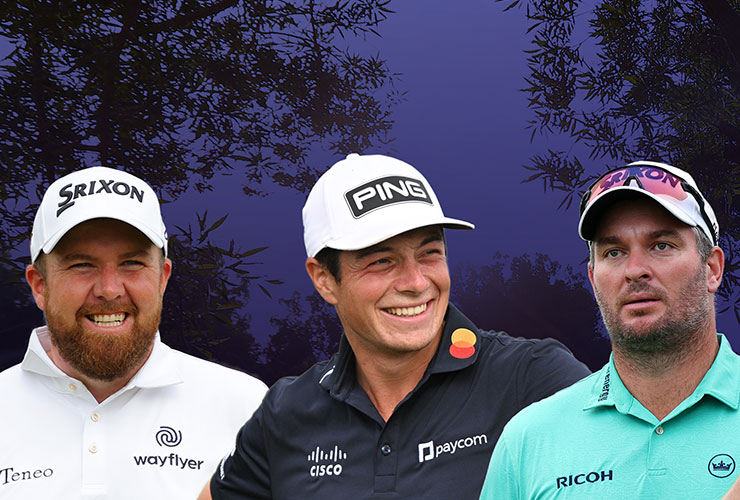 By GolfDigestME.com
Ryan Fox and Viktor Hovland will tee it up alongside Tommy Fleetwood, Shane Lowry and Jon Rahm at the DP World Tour Championship, Dubai from November 17-20, the final Rolex Series event of the 2022 season.

Joining World No. 1 Rory McIlroy and US Open Champion Matt Fitzpatrick in the field, Fox and Hovland remain within touching distance of McIlroy, who has led the DP World Tour Rankings in partnership with Rolex since July, as the four-time Major Champion bids to win both season-long competitions on the DP World Tour and PGA TOUR in the same year for the first time in his career.

The Northern Irishman first finished top of the season-long standings in 2012 and then won back-to-back Harry Vardon Trophies in 2014 and 2015.

New Zealander Fox has enjoyed a career-defining season in 2022 winning the Ras Al Khaimah Classic in February before going on to capture his second victory of the campaign last month at the Alfred Dunhill Links Championship, catapulting him into contention to win the DP World Tour Rankings.

The World No. 26 sits in second place, behind McIlroy and with two-time DP World Tour Championship winner Fitzpatrick on his tail in third position, requiring a strong finish to the season at Jumeirah Golf Estates to make history for his home nation and be crowned the Tour’s number one player.

“It’s been an incredible year and I’m excited to come to Dubai with a chance of winning the DP World Tour Rankings at our final event,” said Fox. “It wasn’t something I expected at the start of the year but I’m pretty happy to be where I am, and I’ll just go out there and do what I’ve done all year, try and beat the golf course and see what happens.”

Norwegian Hovland, currently fourth in the rankings, has already tasted victory in Dubai after claiming his maiden Rolex Series title in January at the Dubai Desert Classic following a sensational play-off win to claim the famous Dallah trophy.

“I’ve really enjoyed playing in Dubai the last few years,” said the 25-year-old. “To win there in January was awesome and to be in the mix with a chance to win the DP World Tour Rankings at the end of the season is pretty cool, so I’m just excited to play the Earth Course and give it my best.”

Earlier this year, Lowry became a two-time Rolex Series winner after edging out McIlroy and Rahm to end his wait for a BMW PGA Championship victory after an action-packed final day at Wentworth Club. The Irishman has enjoyed his time at Jumeriah Golf Estates, finishing tied second in 2017 and has four top tens to his name on the famous Earth Course.

Rahm, a two-time winner of this event and European No. 1 in 2019, put on a stunning display to win the Open de España last month and delighted the fans who had turned out to watch him match the great Seve Ballesteros.

The Spaniard is now a three-time winner of his national open after striding clear of his rivals with a nine-under-par 62 in his final round to claim his first DP World Tour win since his Major breakthrough at the 2021 U.S. Open.

Former European No. 1 and Ryder Cup star Fleetwood — who famously won four points out of five in a memorable debut in the biennial event in 2018 – will also be hoping his experience of winning tournaments in the UAE and fond memories of Dubai can help him go one better at the DP World Tour Championship having finished runner up in 2019.

The week will begin with the Rolex Pro-Am on Tuesday November 15, while a Community Day will be hosted on Friday November 18, inviting schools, junior golfers and people of determination to experience behind the scenes tours, golf clinics and workshops. Saturday November 19 will once again be Ladies Day and Sunday November 20 will be a dedicated Family Day.

The G4D (Golf for the Disabled) Tour Finale will also take place over Friday and Saturday, with the world’s best golfers with a disability competing in the final event of the season on the same setup as the DP World Tour professionals.

You may also like:
Get your FREE November issue of Golf Digest Middle East here
Shergo Al Kurdi on life as a LIV Golf alternate
Kiradech set for Asian Tour return
Muscat is a must-see for a stay & play on the UAE’s doorstep
R&A reiterates stance on Turnberry
New date for Irish Open on 2023 calendar
Who won what over the course of LIV Golf’s first season
Scotland’s ghost course is a golfing mystery
The seven ‘scariest’ moments in golf
Atthaya becomes world No. 1 at age 19
Harrison Crowe claims Asia-Pacific Amateur
WATCH: Highlights from the LIV Golf finale
Wrapping up Year 1 for LIV Golf
DJ pulls the final Punch at LIV Golf Team Championship
Tour player injured in serious crash in Bermuda
Prize money payout for LIV Golf Team Championship
Jordan’s Shergo Al Kurdi in for Kaymer at LIV Golf team finals
Sergio has no regrets over joining LIV at expense of Ryder Cup
Power Rankings: How the 12 teams will finish in Miami
Henrik Stenson offers to take lie-detector test
LIV Golf quarter-final draw in full
Packed at the top of Asia-Pacific Amateur
Phil faces up to facing Cameron in quarter-finals
The Gulf Club: The latest news from the UAE and beyond for October
Augusta, USGA, PGA of America added to DOJ investigation
After 27 years in prison, wrongfully convicted Valentino Dixon realises dream in Dubai
15-year-old TK, a LIV Golfer, is going for AAC glory

Rory McIlroy deserves to brag after winning the DP World Tour’s season-long title: ‘I’m as complete a golfer as I feel I’ve ever been’

All set for a thrilling Sunday finale as Fitzpatrick, Rahm, Hatton and McIlroy all in the hunt at DP World Tour Championship