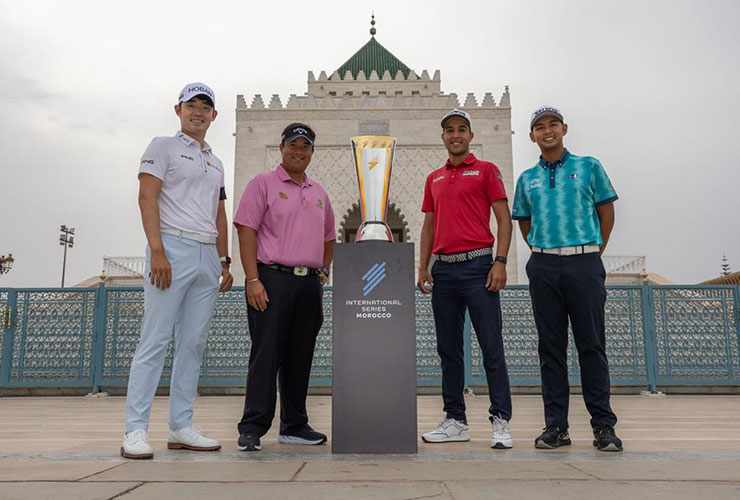 By GolfDigestME.com
This week’s $1.5 million International Series Morocco is a giant step forward for the Asian Tour as it visits North Africa for the first time, but it is also marks the return of one of the giants of the Tour, Thailand star Kiradech Aphibarnrat.

The former Asian Tour No. 1 has not competed on the circuit since 2019, choosing to focus on the PGA Tour, but he returns to his home Tour on Thursday when he tees-off at Royal Golf Dar Es Salam.

And the four-time Asian Tour winner is in confident mood at the famous venue, which hosted The Hassan II Golf Trophy for four decades.

“My form is excellent,” said the Thai, winner of the Asian Tour Order of Merit in 2013.

“I am playing with confidence and playing solid golf, and I’m very comfortable playing with my friends and feeling I am back where I belong, it is my first time on the Asian Tour for a long time.”

The 33-year-old rose up through the ranks on the Asian Tour after turning professional 14 years ago – with his most recent victory coming in the ISPS Handa World Super 6 in Perth in 2018.

In June that year he also became the first Thai golfer to earn a card on the PGA Tour, although he has since lost his playing privileges there.

He said: “I haven’t been on the Asian Tour for a while, but I have been keeping an eye on it and it has been going from strength to strength so hopefully I can return with a win for myself, my friends on tour and my friends back home.”

The last time he competed on the Asian Tour was at the Thailand Masters in December 2019 and he returns at a time when the circuit is booming, helped by the introduction of the ground-breaking International Series events, launched earlier this year thanks to LIV Golf and Golf Saudi.

And, of course, this week gives him a great opportunity to meet the many friends he made on the Asian Tour over the past 10 plus years.

“I got here yesterday and first thing I did was spent a lot of time with Prom (Meesawat) and some other Thai players and it hit me that it was nearly 15 years ago, the first time we came out on tour and how we played together and went out on tour together,” he said.

“We had a lot of chat, talking about the past and the old times, and I think so far this is the happiest week in the past few years, I am at my happiest and enjoying it so far.”

The first of his Asian Tour victories came at the Sail Open in 2011 and as he looks to once again cross the fine line at the top between mediocrity and stardom the International Series Morocco is in his sights.

You may also like:
Get your FREE November issue of Golf Digest Middle East here
Muscat is a must-see for a stay & play on the UAE’s doorstep
R&A reiterates stance on Turnberry
New date for Irish Open on 2023 calendar
Who won what over the course of LIV Golf’s first season
Scotland’s ghost course is a golfing mystery
The seven ‘scariest’ moments in golf
Atthaya becomes world No. 1 at age 19
Harrison Crowe claims Asia-Pacific Amateur
WATCH: Highlights from the LIV Golf finale
Wrapping up Year 1 for LIV Golf
DJ pulls the final Punch at LIV Golf Team Championship
Tour player injured in serious crash in Bermuda
Prize money payout for LIV Golf Team Championship
Jordan’s Shergo Al Kurdi in for Kaymer at LIV Golf team finals
Sergio has no regrets over joining LIV at expense of Ryder Cup
Power Rankings: How the 12 teams will finish in Miami
Henrik Stenson offers to take lie-detector test
LIV Golf quarter-final draw in full
Packed at the top of Asia-Pacific Amateur
Phil faces up to facing Cameron in quarter-finals
The Gulf Club: The latest news from the UAE and beyond for October
Augusta, USGA, PGA of America added to DOJ investigation
After 27 years in prison, wrongfully convicted Valentino Dixon realises dream in Dubai
15-year-old TK, a LIV Golfer, is going for AAC glory