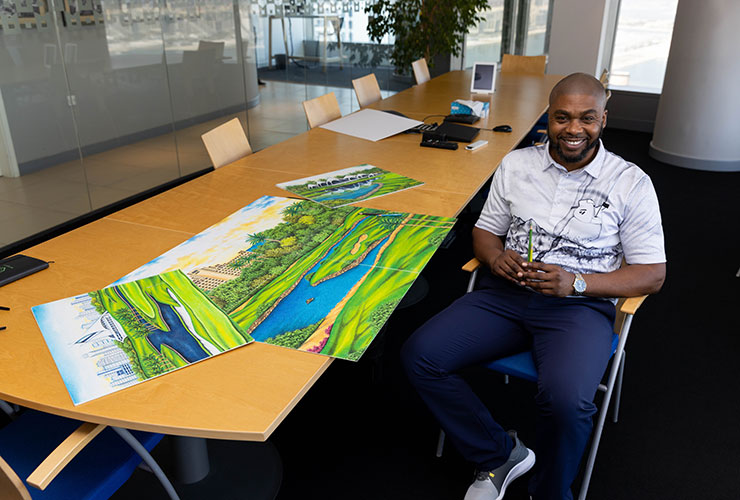 By Matt Smith
Valentino Dixon endured a living hell most of us could not even begin to fathom.

The now 54-year-old had spent more than 27 years in jail convicted of murder — locked up inside one of America’s most brutal maximum security prisons for a crime he didn’t commit, before he was allowed to walk away a free man 2018, exonerated of any crime after the real perpetrator confessed.

READ MORE: How Golf Digest helped Valentino get his freedom
Obama gifts a Dixon drawing to wife
Valentino lived with uncertainty for decades. His advice to us

With a few magazine photos for inspiration — Dixon had written to Golf Digest asking for help, explaining how drawing golf courses had become a needed diversion — he spent his time in Attica prison drawing, perfecting his style over the many, many years with only some pieces of card and a few pencils to create his artwork. Wonderful, unique depictions of famous courses such as Augusta, Pebble Beach and the Country Club in Brookline emerged over the years — as did some of the most famous courses in Dubai, a place that had found a special place in Dixon’s heart. While Dixon’s wrongful conviction, and Golf Digest’s part in his eventual release is absorbing, emotional and well documented, the man has finally achieved one of his dreams five years after his walk to freedom — visiting the courses in Dubai that he drew in prison to help him cling on to hope of one day seeing the outside world.

On Tuesday, Dixon visited Golf Digest Middle East’s offices in Dubai while on a tour to visit those courses that helped him through his darkest times — from the Address Montgomerie and Dubai Creek to Jebel Ali, Emirates Golf Club to Arabian Ranches — and talk about his journey. 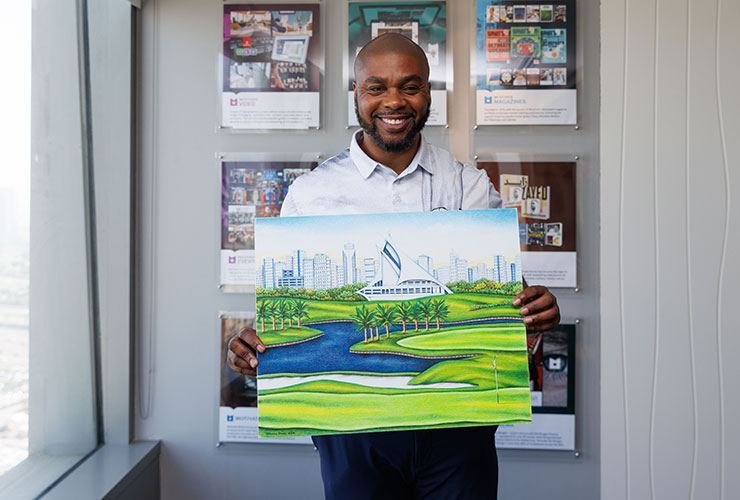 “In prison you live in a dream sometimes, you live in your own world,” he told me, his eyes repeatedly drawn to the windows of our 33rd floor office, admiring the towers and the views of the ocean. “And you look for anything that can give you inspiration. Something that can give you hope, something that can invigorate your spirit. And looking at pictures of Dubai during my time, it had to be one of the most beautiful places I have ever seen in my life, even though I was seeing it through a magazine.

“While I was drawing these other golf courses, I said to myself: ‘I might as well draw the most beautiful place on the planet,’ which is Dubai, in my opinion. This is why I drew these seven pictures of these golf courses right here. And this is why I am here today.”