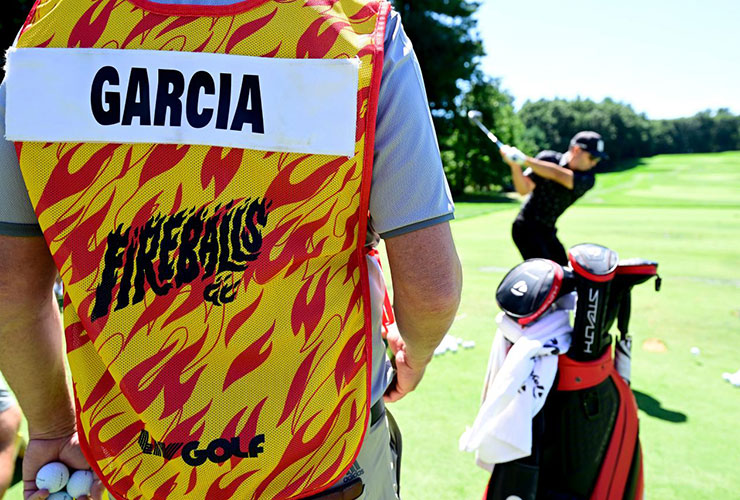 By Evin Priest
Sergio Garcia says he knew his decision to leave the PGA Tour and DP World Tour to join LIV Golf would likely impact his future in the Ryder Cup, where he had become a hero in 10 appearances. But with the tensions that have brewed between LIV golfers and players who have stayed on the old circuits, Europe’s all-time leading points scorer said he is comfortable stepping away from the team if it gives Europe a better chance of victory in Italy next September.

Garcia is no longer in a position to make the squad. The former Masters winner is set to lose his membership on the DP World Tour in 2023 after failing to play in enough events during the 2022 season. Without tour membership, he is ineligible to earn qualifying points or be one of captain Luke Donald’s six picks.

Garcia says, however, he has no regrets in joining the Saudi-backed LIV Tour despite the consequence it’s had on his Ryder Cup future.

“I can only speak for myself, but I’ve definitely made the right decision,” Garcia said. “I feel like I’m where I want to be. Obviously, I knew some of the things that might happen if I joined here, but at the end of the day, as we’re seeing … you can see that some of the guys on the other side don’t really want me there. I don’t want to be a burden to anyone and even less in a Ryder Cup. I’d rather be away from that as much as it hurts and make sure that Europe has the best chance of winning than me being there and three or four guys that are going to be there are going to be upset or something.”

LIV golfer Martin Kaymer and World No. 1 Rory McIlroy are among the Europeans who have acknowledged there would be tension in the team room if LIV players were to make their way into the team for Rome. McIlroy said last month: “I don’t think any of those guys should be on the Ryder Cup team.”

Currently, only Spain’s Adrian Otaegui, a LIV player who won the DP World Tour event at Valderrama two weeks ago, is in the top six on the points standings for Europe.

“I think the Ryder Cup is bigger than any of us or me for that matter, even with my record, and I’m happy to be able to be here [on LIV],” Garcia said, referencing his 28.5 career points for Europe and his 25-13-7 record at Ryder Cups.

It’s still uncertain if any LIV golfers will be able to compete in the Ryder Cup. A UK arbitration court will decide in February whether the DP World Tour can suspend members those who went to LIV from playing in its events in the future or prohibit them from Ryder Cup qualifying altogether. The DP World Tour controls the European Ryder Cup team.

Garcia was asked about McIlroy’s comments this week in The Guardian that some relationships might be beyond repair.