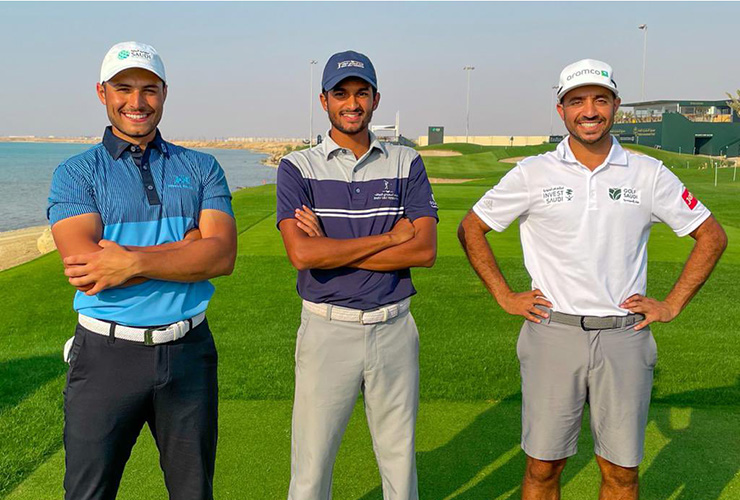 By Matt Smith
Saudi Arabian golf stars Othman Almulla, Faisal Salhab and Saud Al-Sharif are all set to play at the International Series England at Slaley Hall, just outside Newcastle from June 2-5.

The Asian Tour event has already confirmed some big names for its first event in the UK, including Order of Merit leader Sihwan Kim, 2021 No. 1 Joohyung Kim, 2010 US Open champion Graeme McDowell and Thai superkid Ratchanon  Chantananuwat.

The $2 million tournament has now confirmed the Saudi trio as part of the line-up after they played their part in helping Saudi Arabia win the 40th edition of the Arab Golf Championship. It will be a second appearance on the Asian Tour for all three following their participation in the Saudi International in February.

“I’m excited to be competing in the International Series event being held at Slaley Hall,” Almulla said. “To have these opportunities to compete on the world stage against some of the best players in the world is a privilege I cherish. I’m lucky to have the support and guidance of Golf Saudi to help me succeed in my professional golfing career.”

Salhab added: “I’m proud to be competing against some of the best golfers in the world, participating in such tournaments will only make my game better.

“Golf Saudi has done an amazing job in growing the game of golf within the Kingdom and being in this tournament reflects their massive support for us as players. Representing my country internationally means a lot to me and I hope I can do it in the best way.”