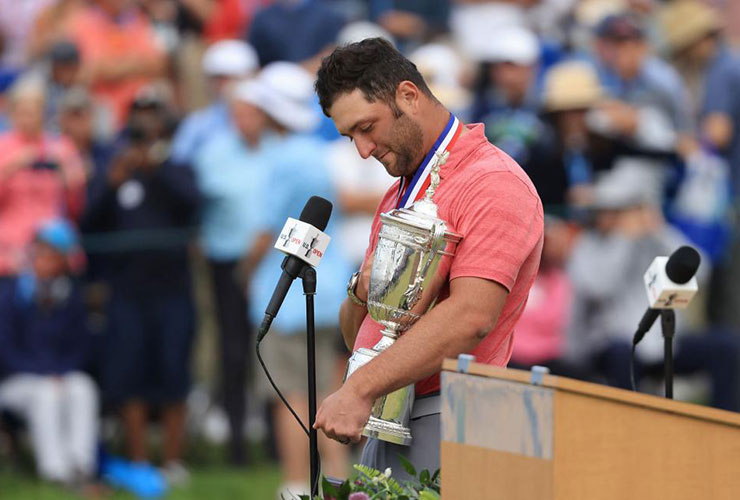 By Ryan Herrington
They’re playing for history at the US Open this week, a major championship title being something everyone in the 156-player field aspires to win. But they’ll be playing for a historic amount of money, too.

On Wednesday, USGA CEO Mike Whan announced that the overall purse for the US Open has been bumped up to $17.5 million, a $5 million increase from 2021. In turn, the winner at The Country Club on Sunday will receive $3.15 million, up from the $2.25 million Jon Rahm took home a year ago at Torrey Pines.

The announcement elevates the US Open into the most lucrative of the four men’s majors, a title previously shared by the PGA Championship and the Masters. Both of those championships raised their purses earlier this year to $15 million.

It’s not so coincidental that the majors would make such substantial moves with their prize money payouts. Much has been made of late about how much is being made by professional golfers. Massive prize money payouts have fuelled interest in the LIV Golf Invitational series, which paid Charl Schwartzel $4 million for his individual victory at last week’s debut event with $20 million given out to the 48 competitors.

On the PGA Tour, the overall prize money payouts in the 2021-22 season have jumped to $427 million, up from $367 million the previous year. And the Players Championship still has a bigger prize money payout ($20 million) than any of the four majors.

The USGA’s increase for the US Open comes after nearly doubling the purse this year for the US Women’s Open, handling out $10 million to the field.

You may also like:
Has the US Open become too one-dimensional?
US Open tee times and pairings
All you need to know about the US Open
DP World Tour denies Pelley attended LIV Golf
Rory on his LIV Golf miscalculation
Decision time for DP World Tour
The best story at the US Open so far