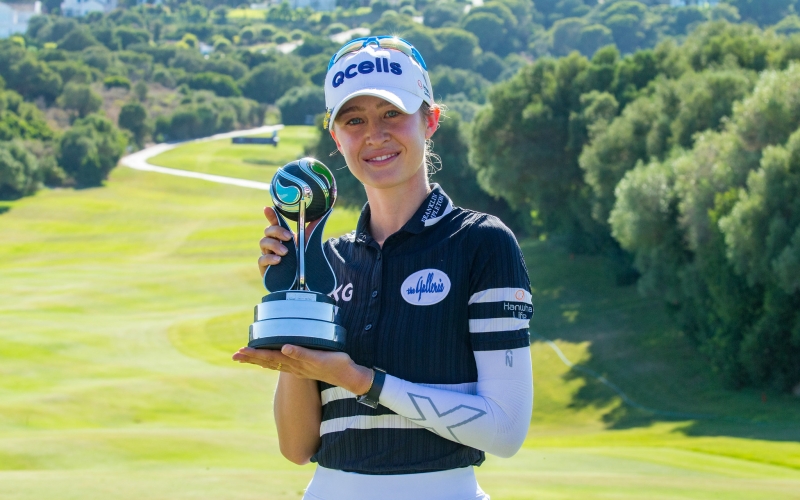 By Matt Smith
Ahead of the second installment of the Aramco Team Series — Sotogrande tournament, a lot of the talk was about two American siblings who were coming to Spain for the first time to compete in the Ladies European Tour event.

Little would Jessica and Nelly Korda quite know the stamp they would leave on the competition and the series over the space of three roller-coaster days.

Little sister Nelly — the world No. 3 — looked out of the running after a costly triple-bogey late on Thursday tumbled her down the table as elder sibling Jessica set about opening up a six-stroke advantage by the end of play on Saturday — bagging the team title at La Reserva along the way.

But Nelly doesn’t do things like your everyday golfer and she certainly wan’t going to be upstaged on her Spanish debut. She overturned a seven-shot deficit and clinched victory in a thrilling renewal of the $1million Aramco Team Series event on an extraordinary final day at La Reserva Club.

The World No.3 reined in her sister Jessica – the runaway 36-hole leader – and held strong at the summit to win by three strokes on 13-under-par. Her elder sister, Anna Pelaez and Pauline Roussin shared second spot. 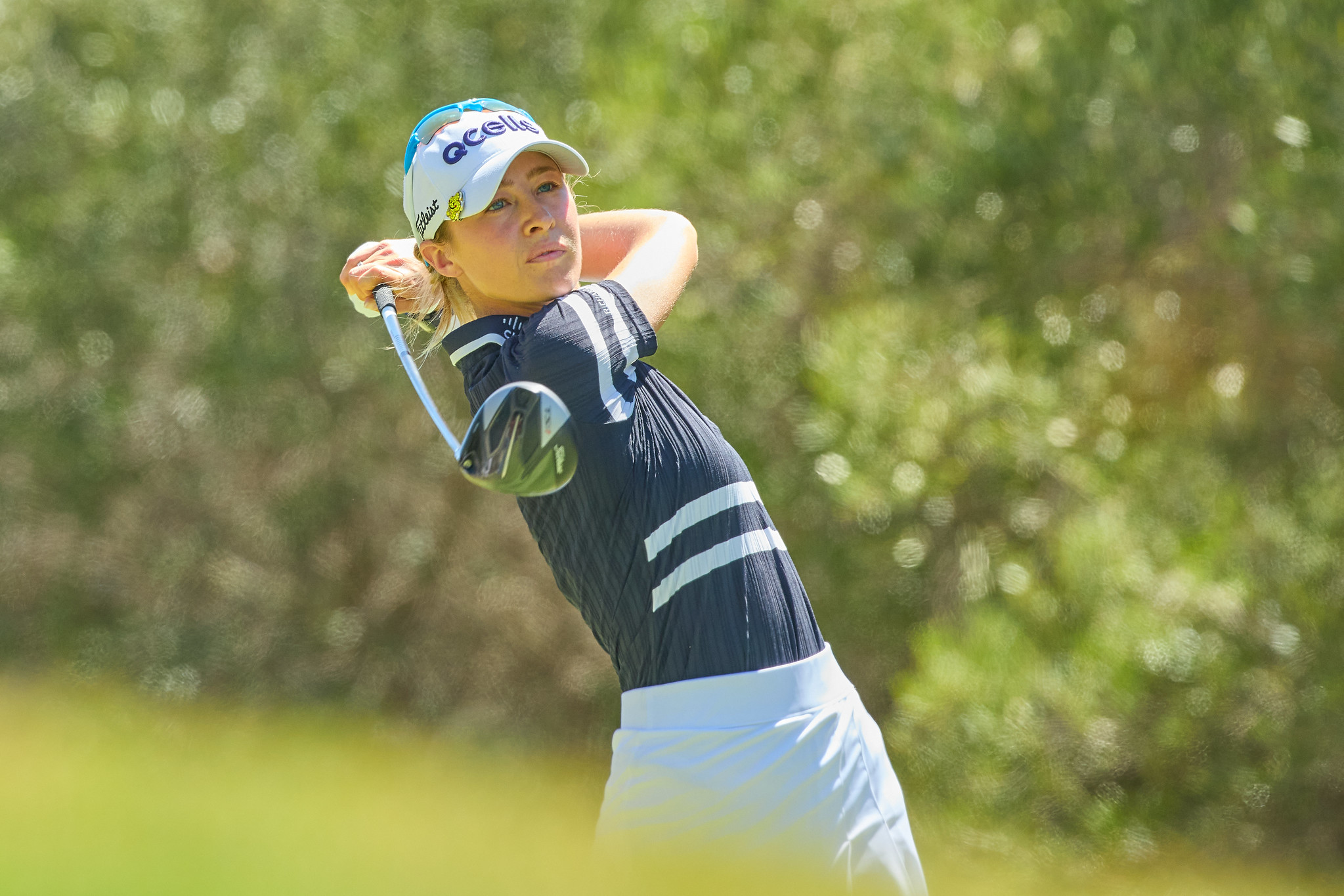 Jessica looked to be in a near-impregnable position at the start of the day, holding a six-shot advantage from Roussin. But she allowed the chasing pack back into the tournament by frittering away shots through the front nine.

Roussin was first to take advantage of Jessica’s problems and grabbed the lead by holing a 15-foot putt on the 10th green.

But the young French star four-putted for a triple bogey at the next where Jessica temporarily stopped the bleeding with a much-needed birdie. It was only a temporary respite for the American, who dropped shots at the 13th and 14th.

And while all this drama had been unfolding, Nelly had been making serene progress, almost unnoticed. She was 10 strokes adrift at one stage but three straight birdies from the seventh hole saw her edge into contention.

The reigning Olympic champion repeated the trick from the 12th and all of a sudden she moved to 13-under to grab the lead on her own.

Her position of supremacy never came under serious threat in the closing stages and she finished up shooting 67 — 10 less than Jessica — to secure her second Ladies European Tour title three years after landing the French Open.

Nelly, 24, said: “I’m super excited to win, I haven’t won this year, so it feels nice to get a win under my belt but I’m also very sad as it wasn’t the day Jess was expecting.

“I guess we were hoping for a bit more of a battle going down the stretch, but it’s golf and that sometimes happens. I was over par for the majority of the front nine, but I went on a little nice run. Had two turkeys on the scorecard, which was nice.

“I just stuck to it and told myself that there’s a lot of opportunities out there and hopefully I can capitalise on them.”

Some of the biggest cheers of the day were for crowd favourite Pelaez, playing 90 minutes from her home in Malaga. The rising star of Spanish women’s golf battled all the way to end to shoot 69, including a great up-and-down for par at the last, which earned her a runners-up spot finish alongside Jessica Korda and Roussin.

Pelaez said: “I’m very pleased with my game and especially the fight. Today, I think I played great. Minus-3, I think it’s a good score. I was emotionally very stable and finishing with that par on the last hole, I think it helped.  Overall, I’m very happy with the week.”

The next Aramco Teams Series will be staged in New York from October 13-15. The final event of the series will take place at Royal Greens Golf Club in Jeddah, Saudi Arabia, from November 10-12.