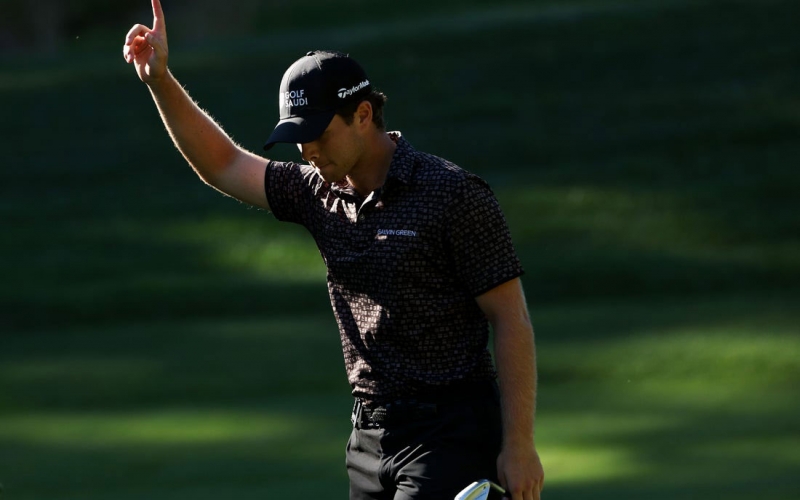 By Matt Smith
Young Jordanian Shergo Al Kurdi was thrust into the spotlight at the LIV Golf Invitational Series — Boston in the most unlikeliest of fashions.

Bedminster champion Henrik Stenson was forced out of the fourth LIV event of 2022 with a bout of vertigo, and Majesticks team captain Lee Westwood was forced to call up substitute player Shergo at the last minute.

The official statement said “medical reasons” for Stenson’s withdrawal, but the Swede told LIV anchorman David Feherty that it was vertigo that had sidelined him.

Stenson, who was dropped as European Ryder Cup captain just ahead of his LIV Golf bow in New Jersey, responded in style to claim the individual title at Bedminster.

But he was robbed of the chance to go for  the double in Massachusetts and 18-year-old Al Kurdi, who was on the alternate list, stepped up — and in at the deep end as he went out with superstar LIV Golf signings, World No. 2 Cameron Smith and double major-winner Dustin Johnson.

He did not look out of place as he posted a comfortable one-over 71.

Al Kurdi first came on the radar earlier this year when he became the first player from the Middle East to make the cut on the DP World Tour at the UAE Swing’s Ras Al Khaimah Classic and finished T33 on 10-under.

Now he will walk away with at least 10 times the $12,000 he earned that day in February, as all players are guaranteed at least $120,000 in each LIV Golf tournament — and he looks likely to finish a lot higher — and a lot better off — than 48th.