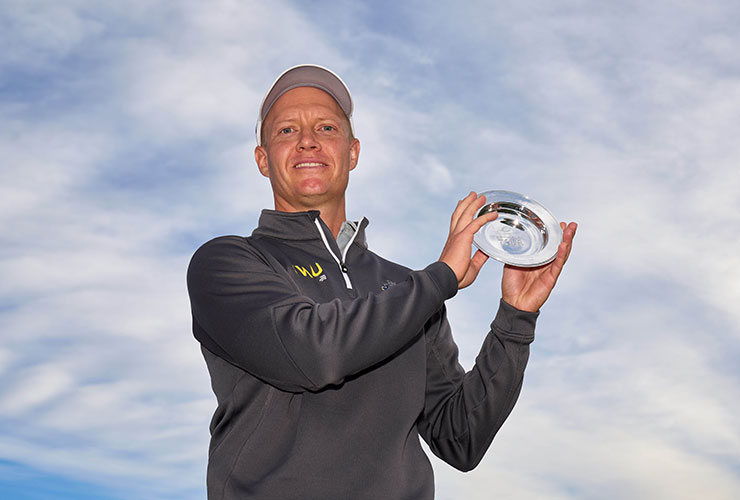 By GolfDigestME.com
Simon Forsström secured a two-stroke victory at the final stage of DP World Tour Q-School , joining 27 others in securing their 2023 tour cards,

The Swede posted a three-under round of 69 to finish on 29-under, two shots ahead of Frenchman David Ravetto, who carded a seven-under 64 to climb into second place.

Forsström was delighted to come out on top at the marathon six round final stage and admits earning top-tier privileges means everything to him.

“It feels amazing,” he said. “Today was tough because it has been such a long week and the nerves started to kick in, especially when the wind picked up.

“I have been hitting it so well all week and now I need to take my game to the next level on the DP World Tour. This win is so important for my career.”

Englishman Daniel Brown finished third on 26-under, while four-time DP World Tour winner Kiradech Aphibarnrat was a shot further back in fourth.

Aphibarnrat was pleased to reclaim his playing privileges after producing a grandstand finish in Tarragona and he is now targeting a climb up the Official World Golf Rankings and more victories on the DP World Tour.

“I’m exhausted right now,” he said. “I feel like I’ve been playing for two weeks straight to earn this card. There are so many talented players ready to shine on the DP World Tour and I think six rounds at Qualifying School provides the perfect test to distinguish who is ready to compete with the best players.

“Now I have secured my card I am looking to get my fifth DP World Tour title. My goal is to get back into the top 50 in the world again and eventually get to double figures on the DP World Tour with ten wins. I only need six more.”

There were storylines aplenty on the final day in Tarragona, as Denmark’s Christoffer Bring, Englishman Sam Hutsby, American Gunner Wiebe and Swede Tobias Edén each completed all three stages of Qualifying School to earn their DP World Tour cards.

Four-time DP World Tour winners Marcel Siem and David Horsey secured their return to the top tier, while Spaniard Alejandro Del Rey posted a sensational eight-under round of 63 to claim his DP World Tour card after narrowly missing out at the Rolex Challenge Tour Grand Final just over a week ago.

The 2007 Challenge Tour No. 1 Mike Lorenzo-Vera reclaimed his DP World Tour card, while Irishman John Murphy carded a six-under round of 65 to jump into the top 25 in dramatic fashion.