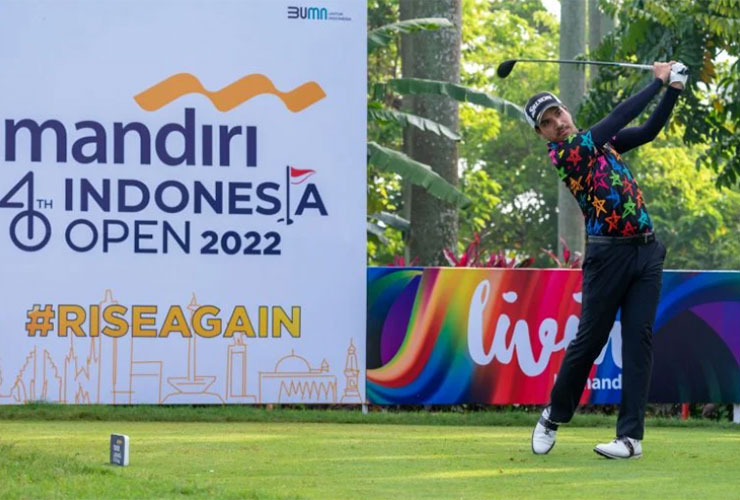 The duo fired stunning bogey-free eight-under-par 64s to take the clubhouse lead in the rain and lightning-interrupted first round of the Mandiri Indonesia Open at Pondok Indah Golf Course.

Itthipat has played the first two LIV Golf events before returning to the Asian Tour and he was quick to praise the experience of playing alongside the likes of Phil Mickelson, Dustin Johnson, Brooks Koepka and Lee Westwood.

“I played with the big names and learned so much,” he said. “I have reset the things I work on now because of it. Eight birdies, no bogeys, wow!

“I could see the lines on the greens, and my caddie did as well. And I like the course, I have played well here before.”

Kho, ranked 100th on the World Amateur Golf Ranking, sensationally took the lead in a professional event for the first time when he holed his third shot on the par-five ninth, which was his 18th, to join Itthipat at the top of the leaderboard.

A total of 59 players where unable to finish due to two weather delays earlier before play was abandoned due to fading light.

Indonesian amateur Almay Rayhan Yagutah impressively flew the flag for the host nation with a 67, along with Chinese-Taipei’s Chang Wei-lun.