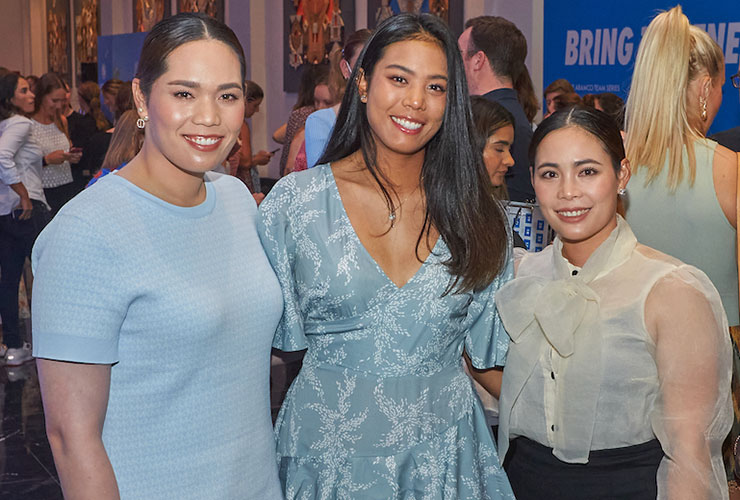 By Matt Smith
Thailand’s Moriya Jutanugarn will partner with Solheim Cup icon Catriona Matthew in one of the headline fourballs at this week’s Aramco Team Series – Bangkok.

Spanish Ladies European Tour rookie Paz Marfa Sans will complete the professional side of the team, which will be completed with the addition of an amateur golfer, before play gets underway at Thai Country Club on Thursday.

“Playing in my home country is very exciting,” said Jutanugarn, who will be making her second appearance in an Aramco Team Series event.

“I wanted to pick the legend Catriona as she’ll make me feel a lot more calm — maybe I can learn from her, as well. I’m really happy with my team.

“For us, I think it’s just a case of going out, enjoying it and having fun. If we do, I’m sure we’ll be good!”

Asked if her captain for the week, the world No. 50, was a player she respected, Matthew said: “Oh, absolutely! I’ve played a lot with Moriya on the LPGA over the years. I haven’t seen her in a wee while, so I’m delighted to be playing together and being able to catch up.”

Jutanugarn was one pick earlier in the draft than her younger sister, Ariya.

Ariya also used her captain’s selection to recruit a Scot — Laura Beveridge. Anne-Charlotte Mora of France was the third addition to the team.

Asked about her captain’s pick, the two-time Major-winner said: “I’ve not known so much about Laura, but I had been looking at all the stats before picking her, so I’m pretty sure she’s going to help the team.

“Already we’re having so much fun, talking about what we’re going to eat today and where the good Thai food is! I’m pretty sure we’re going to be a good team.”

This week’s debut Bangkok leg will be the first of five $1million Aramco Team Series tournaments on the Ladies European Tour calendar for 2022 — and the first with the three-day event’s new format.

Updated from last year’s inaugural Series, the teams will now compete over only 36 holes – the Thursday and Friday of the tournament – with $500,000 prize money being split between the lowest scoring fourballs.

Big names set to compete with the likes of the Jutanugarn sisters include fellow Thai superstar Patty Tavatanakit, who selected Finland’s Noora Komulainen as her captain’s pick — and who returns home to compete ranked as the world No. 13.

The Aramco Team Series — Bangkok kicks off 2022’s run of ATS events, and will be followed by four more $1million tournaments in London, Sotogrande, New York and Jeddah.