With an extra $2 billion in the bank, LIV Golf’s Greg Norman takes aim at PGA Tour in latest twist in LIV Golf tale 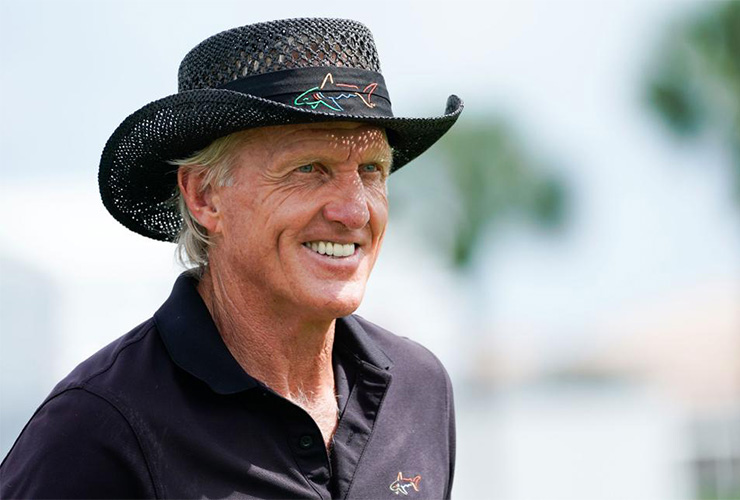 By Matt Smith
Bolstered by an extra $2 billion, LIV Golf boss Greg Norman has taken aim at the PGA Tour, which seems to be intent on denying its players the right to play in the lucrative LIV Golf Invitational Series, which begins in London next month.

On Tuesday evening, it was announced that Saudi Arabia had invested $2 billion in LIV Golf to “help unlock the sport’s untapped worldwide potential and grow the game’s audience for the next generation. The investment will be used to fund ongoing expansion and prize purses for the new LIV Golf schedule.”

With eight events in 2022 already on the table, the new schedule includes 10 events in 2023 followed by a full season of 14 events in 2024 and 2025. Tournaments will take place across the Asia Pacific, the Middle East, Europe and North America.

“We have a long-term vision and we’re here to stay,” said Norman, CEO and Commissioner of LIV Golf. “We’re going to grow the game, give more opportunities to players, and create a more entertaining product for fans.  We believe in adding new experiences and energy to golf, and that includes building out our future schedule in more global markets. We’re creating an entertaining product that will increase golf participation and attract new fans across a broader global footprint. We realize it won’t happen overnight, and we’re excited for the opportunities LIV Golf will add to the game as we continue to grow.”

On the news that the PGA Tour would be unwilling to allow its players to compete, Norman added: “Sadly, the PGA Tour seems intent on denying professional golfers their right to play golf, unless it’s exclusively in a PGA Tour tournament. This is particularly disappointing in light of the Tour’s non-profit status, where its mission is purportedly ‘to promote the common interests of professional tournament golfers’. Instead, the Tour is intent on perpetuating its illegal monopoly of what should be a free and open market.  The Tour’s action is anti-golfer, anti-fan, and anti-competitive. But no matter what obstacles the PGA Tour puts in our way, we will not be stopped. We will continue to give players options that promote the great game of golf globally.”

Announced in March, the 2022 LIV Golf Invitational Series will showcase an innovative new golf format featuring simultaneous team and individual play, with players competing for an unprecedented $255 million in prize purses. Each event will consist of three rounds with 54 holes and no cut, beginning at Centurion, just outside London in June.