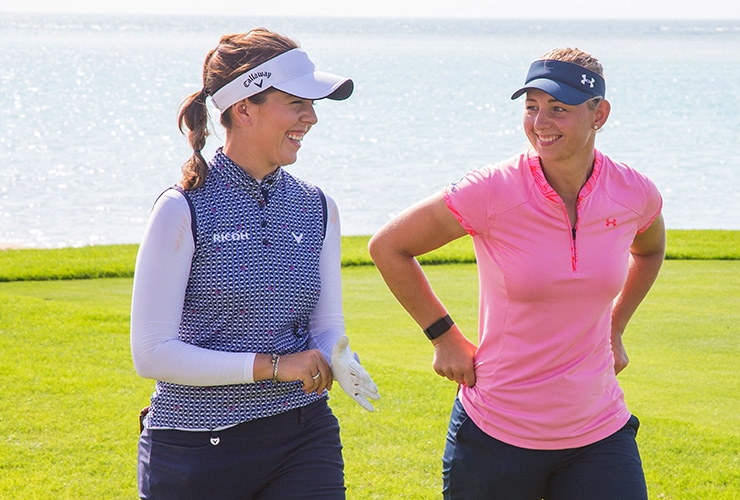 By Kent Gray
While the green jacket is Dustin Johnson’s to lose at Augusta National, the new LET event competing for global attention 11,284km away in King Abdullah Economic City is a much tighter affair heading into Sunday.

They will be joined in the final three-ball by England’s Georgia Hall — named after the home state of the Masters – who is a shot further back on a quality leaderboard where Celine Herbin (France) and Anna Nordqvist (Sweden) at -7, and even German Esther Henseleit at -6 cannot be discounted.

It’s a far cry from Augusta where world No.1 Johnson will take a four-stroke buffer into Sunday over Aussie Cameron Smith, Mexico’s Abraham Ancer and Korean Sungjae Im. The action will be over in Saudi by the time the leaders set off in pursuit of the green jacket but the LET event shapes, potentially, as the more dramatic finish. 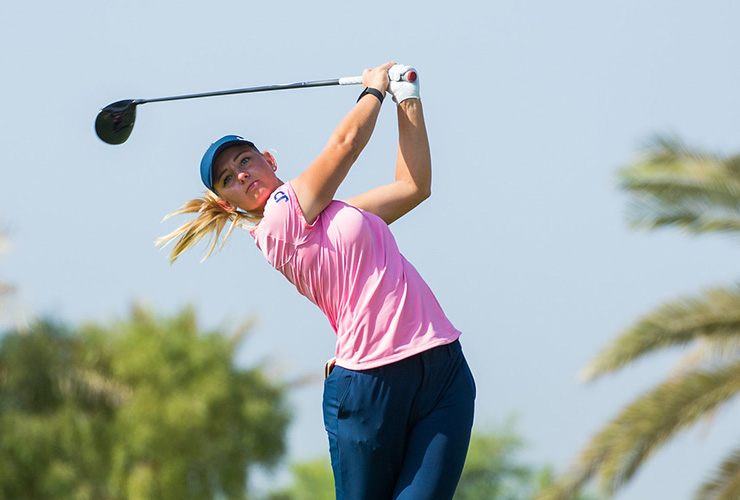 Playing in the same three-ball that will be last off Royal Green’s 1st tee Sunday. Denmark’s Pedersen relinquished her overnight lead on Saturday through no fault of her own, carding a one-under 71 that saw her balance out two dropped shots with three smart birdies.

Lydia Hall’s five birdies in a three-under 69 saw her make up two strokes. Her namesake also carded a 69, leaving her one back ahead of the three-ball’s 11.02am (8.02 GMT) final day tee-time.

Pedersen was pleased to survive a topsy-turvy third-round relatively unscathed.

“I am really satisfied to still be in the lead after today. I was a little all over the place, hit some really awful tee shots and it is hard to score when you are not in the fairway. I kept grinding out there, I still hit 16 greens in regulation and that kept me in it.”

“It’s good to be playing with those two again. They are playing good golf, making loads of birdies and it’s fun to be out there.”

Lydia Hall has a similar “fun” vibe – and the momentum – heading into Sunday. 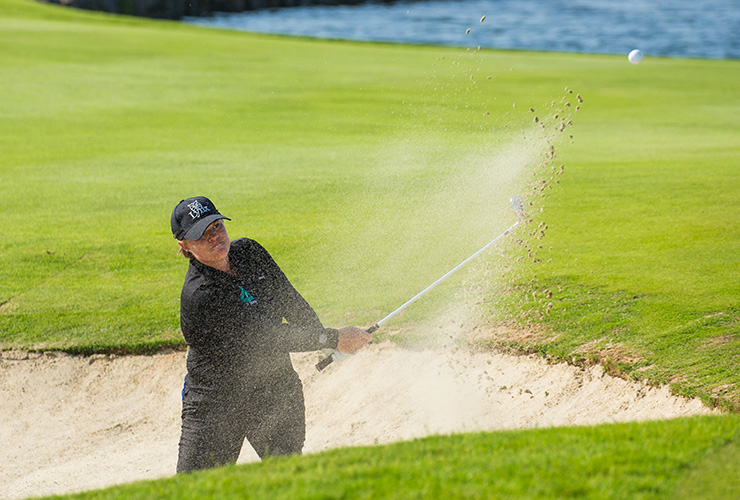 “I got off to a fast start and holed a good putt on the first, shaved the hole on the second and made a really good putt on the third. The wind picked up on the back nine – I had two bad swings all day.”

Georgia Hall has the invaluable experience of a major championship win at the 2018 Women’s British Open in her corner ahead of the final round showdown.

“I was very steady today. I thought I could have holed maybe one or two more putts towards the end, but my long game was really good. The course was very different today – it wasn’t as windy as yesterday. It was very hot. “It was great playing with Lydia and Emily, I know them both very well. Me and Emily are good friends and it was just fun. I’m looking forward to the same three-ball tomorrow, all nice girls!”

A group of seven players – including Scotland’s Carly Booth, Stephanie Kyriacou of Australia, India’s Aditi Ashok and Caroline Hedwall of Sweden – all sit T-7 at -4 and will jockey for top-10 finishes.