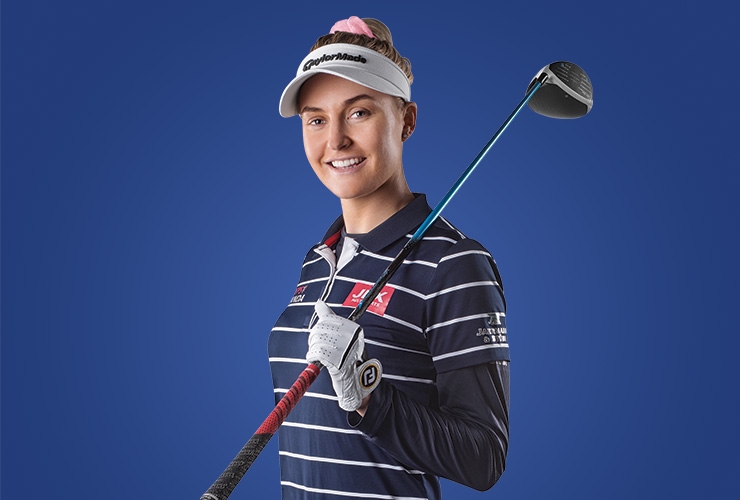 By Kent Gray
We’ve all been impacted by the coronavirus in some way but few in King Abdullah Economic City for Saudi Arabia’s historic LET double-header have felt it as intensely as Charley Hull.

The 24-year-old was in the final stages of her prep for September’s ANA Inspiration when she tested positive on the eve of the third women’s major of this crazy old year. Hull put it down to jet lag, the stifling California heat and her asthma playing up. Indeed, she thought she might have already beaten the invisible enemy.

“I actually thought I’d already had it so I wasn’t really looking out for symptoms,” the Englishwoman revealed.

“I felt a bit flu-like on arrival in Palm Springs but I put it down to a long day of travel. I was pretty surprised when I tested positive as I’d been carrying on with my preparation for a major as normal.”

Hull reckons she got off lightly even if she described her two weeks in quarantine as “pretty brutal”.

“The recovery did take a little longer than I was expecting, not in a major way, but I did notice the tiredness and I also lost my taste for a while. It’s quite nice now knowing that I’ve had it, and I shouldn’t get it again, but I still need to be careful not to be a spreader. “

It was galling to miss the ANA but the world No. 28 quickly rebounded with a T-7 finish at the KPMG Women’s PGA Championship last month for her 6th major championship top-10.

“A sign of good things to come? Yes, I hope so. I’m really excited to still have some good events ahead of me this year…I can’t wait to try to keep the momentum going.

“We were very impacted in the beginning when the golf tours stopped, and all the golf courses closed.  So for eight weeks or so things were very different. I’ll definitely play all that I can between now and the end of the year as I’ve only played about 5 events so far.  It’s just got tougher moving around the world with all the restrictions; it’s a real feat of organisation.”

Coupled with her desire to make up for lost time, Hull has proven pedigree in the Middle East. She captured her maiden LET title in Morocco just four days before her 18th birthday and went wire-to-wire at the Fatima Bint Mubarak Ladies Open at Saadiyat Beach Golf Club in Jan. 2019, not long after her Christmas time engagement to mixed martial arts champion Ozzie Smith whom she went on to marry last September. 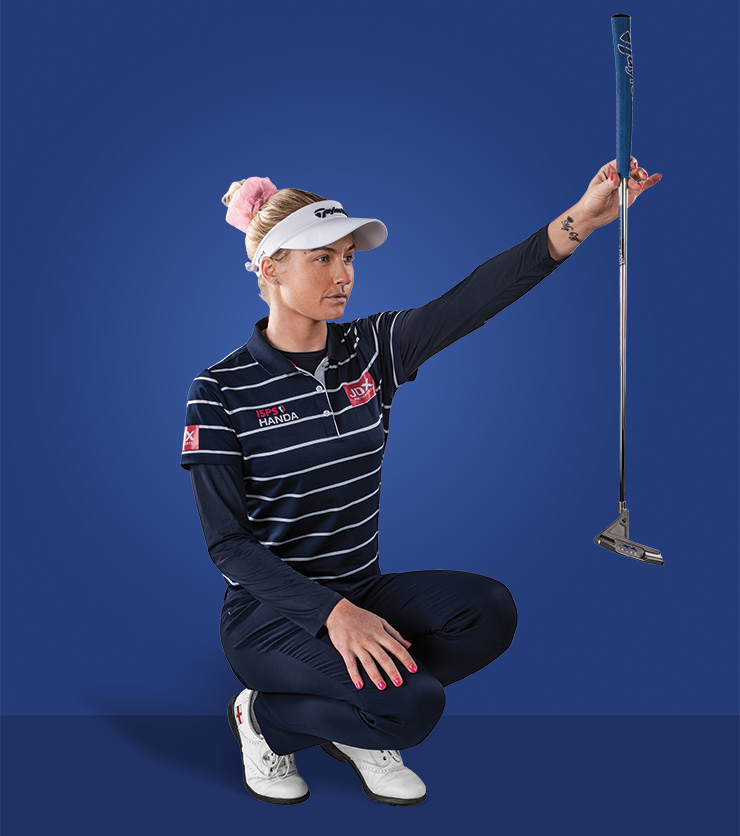 “I really enjoy being in the Middle East. The place has a real holiday vibe, so I feel relaxed here, a bit like I’m on holiday.  The courses really suit my game too – lots of high shots into the greens.”

The Solheim Cup is another part of golf that clearly suits Hull’s bubbly but tenacious personality. She became the youngest competitor in 2013 and contributed three of a possible four points to Europe’s upset of the U.S. at Gleneagles in 2019 to be running at a 70 percent success rate in the matches. She handles comparisons with countryman Ian Poulter, Europe’s Ryder Cup ‘Postman’, with similar aplomb looking ahead to the 2021 edition at the Inverness Club in Toledo, Ohio.

“Well Ian and I do have one thing in common and that’s that we are both from Woburn Golf Club. But I think I’ve got a way to go before I match his Ryder Cup performances. I just love playing the Solheim and the big crowds and the excitement definitely get me going.’

So to do the new events and formats being rolled out for the women’s game in the Middle East.

“I think it helps to attract new players to the game, and it’s great to hear that there was a real rise in the amount of new people into the game during lockdown this summer,” said Hull.

“It’s really important to grow the game wherever we can. Saudi Arabia is an important new market and I can’t wait to see the set up there.” 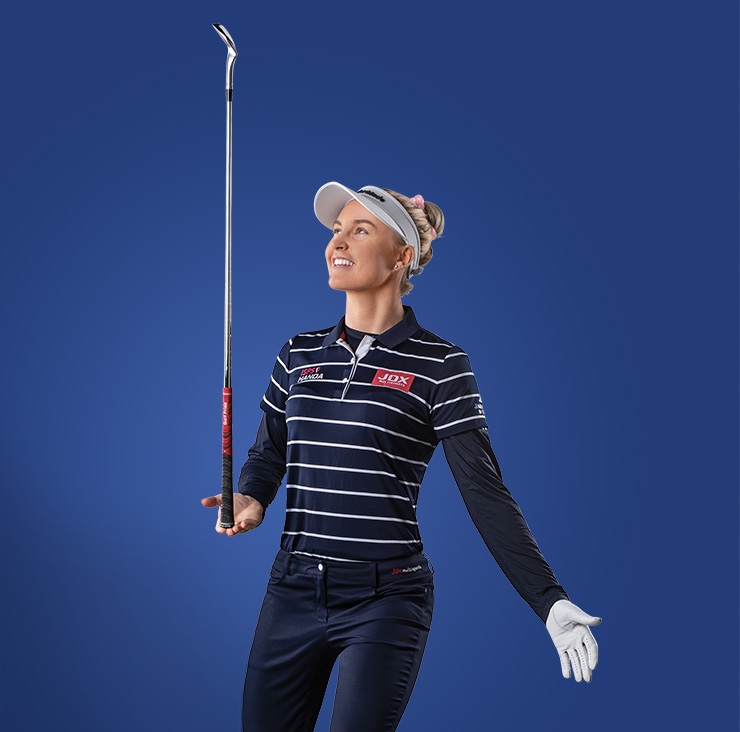 Just as exciting as getting to grips with Royal Greens is the Saudi Teams International which was tagged onto the 72-hole strokeplay event at the 11th hour as Golf Saudi and the Saudi Golf Federation doubled down on their commitment to the LET and women’s game in general.

“I hope I get drafted into a good team. I think I’d play with Dame Laura [Davies] if I was given a choice.”

It’s likely, given her world ranking, that Hull will be given a choice as one of the 36-team captains involved in the novel NFL-style draft for the teams event. Whether she gets Davies is another matter but you can be assured Hull will fight to the last whomever she is teamed with.

If 2020 has taught Hull anything, it is you can only control the controllable. Like battling back from a positive COVID-19 test, the Rose Ladies Series, bankrolled and organised by Justin Rose and the major champion’s wife Kate to give tournament-starved LET players an employment lifeline, was another case in point.

Hull won the opening event in a playoff at Brockenhurst Manor and went on to claim the £20,000 order of merit title by a whisker from Georgia Hall courtesy of a runner-up finish when the final round of the series finale at Wentworth was cancelled due to wildfires raging on nearby Chobham Common.

It was just another 2020 curveball Hull has successfully batted off.

“I just love playing golf so I was playing anything going during the summer. There were a couple of other mini-tours going on too. It was so good of Justin and Kate to put on the Rose Series, not least because we got to play some great golf courses. To win it was the icing on the cake.”

Hull clearly has designs on finishing the year on a high but like most of us must secretly hope to put 2020 in the rearview mirror as well. So, what is your dream for the world in 2021 given how tough it has been this year?

“I just hope that things get back to normal as soon as possible, and that not too much damage is done in the meantime.”

Hull has been lucky that not too much damage was done in September. All that positive COVID test has done is make her doubly determined to get things back to normal. A New World Order in which she remains one of the game’s most dangerous competitors. Her peers KAEC have been warned.

Editor’s Note:  Hull entered last week’s OMEGA Dubai Moonlight Classic as one of the pre-tournament favourites but had a topsy-turvy week, struggling to bounce back from a triple-bogey 8 on the 16th in her opening round. The world No. 30 eventually signed for rounds of 72-69-78 to finish on 222 — 16 shots adrift of winner Minjee Lee — in a share of 35th place with Dame Laura Davies and German Esther Hensele who was runner-up at last year’s Moonlight.