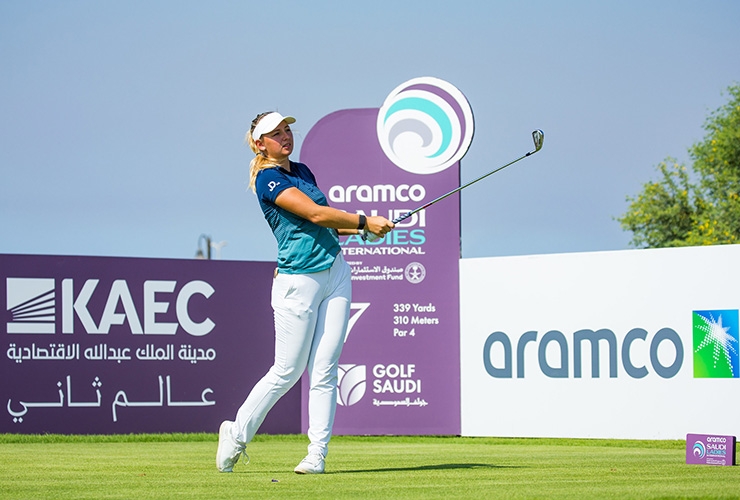 The 24-year-old Dane entered last week’s Moonlight Classic in Dubai with the lead in the LET’s season-long Race to Costa del Sol and strangely changed the way she’d played to get into pole position. The result? A +8 total for a share of 41st place in the 56-strong field, 18 strokes behind Aussie winner Minjee Lee.

“I think I put too much pressure on myself during last week’s event in Dubai and thinking I needed to defend. I’ve just tried to be a bit more humble this week,” said Pedersen.

Fast-forward to Friday at King Abdullah Economic City and Pedersen’s reset is working a charm. A sparkling 67, capped with a closing eagle, propelled her to -9 and the top of the $1m Aramco Saudi Ladies International leaderboard.

Pedersen will take a two-stroke lead over Welshwoman Lydia Hall into moving day at Royal Greens Golf & Country Club with first-round leader Georgia Hall hanging on at -6 after a wind-impacted 73 to go with her opening 65.

Taking advantage of the calmer morning conditions, Pedersen overcame an opening bogey to go out in even par before playing her inward nine, Royal Green’s outward nine, in four-under. The eagle on the 9th, set up with a sweet hybrid into the par 5, was in stark contrast to her bogey on the same hole in her opening round of 67.

“I think I liked the pin a bit more on nine than yesterday, when I went in the water, as I could be a bit more aggressive. It’s always nice to finish like that.” 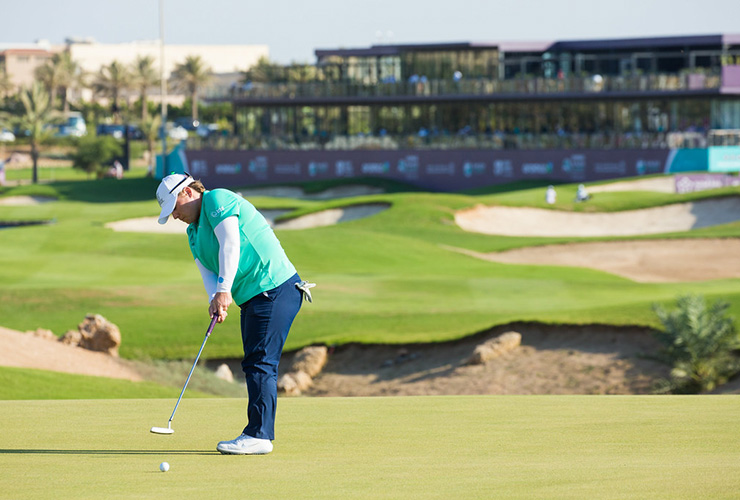 “It was a lot breezier this afternoon, a two-club wind in a lot of the holes,” said Hall. “My goal was to stick on level par so overall I’m really pleased. It’s so important to play one shot at a time – especially around here in the wind. I’ve been clear and focused over my shots so far and that’s my strategy going into the weekend.”

Georgia Hall, 24, was solid before a double bogey on 15 and bogey on 16 halted the former British Open champion’s momentum.

German duo Esther Henseleit and Laura Fuenfstueck are one back on -5 heading into the weekend. Sweden’s Caroline Hedwall, whose brilliant, eight birdie 65 matched Hall’s course record established in the opening round, is at -2.

With a blow of her three wood that might yet go down as the shot of her career and a delicate pitch in overtime that was nearly as impressive, Emily Kristine Pedersen turned the year most of us want to forget into a year she’ll forever savour.