Van Dam, a five-time LET winner, is renowned as one of the longest drivers in the game of women’s golf. She led the category for driving on the LET in both 2017 and 2018, and currently ranks second in average driving distance during the current 2020 season.

“It is great to be in Saudi Arabia over the next fortnight and be able to experience a new environment and culture,” said van Dam who won the ActewAGL Canberra Classic in 2019 and earned a maiden appearance on the successful European Solheim Cup team that defeated the USA 14 ½ – 13 ½ at Gleneagles, Scotland.

“It is always a great feeling to visit new countries and play new golf courses with the LET and by becoming a Golf Saudi ambassador, I will have the opportunity to help grow the game of golf for women in the country, therefore helping Golf Saudi achieve its goals of increasing female participation.”

Since turning professional in 2008, Nordqvist has racked up eight LPGA Tour and three LET titles and won her second major at the Evian Championship in 2017.

“I feel honoured to join the Golf Saudi team as one of their latest ambassadors and I am keen to use this opportunity to grow the game of golf for women in the Kingdom,” said Nordqvist. 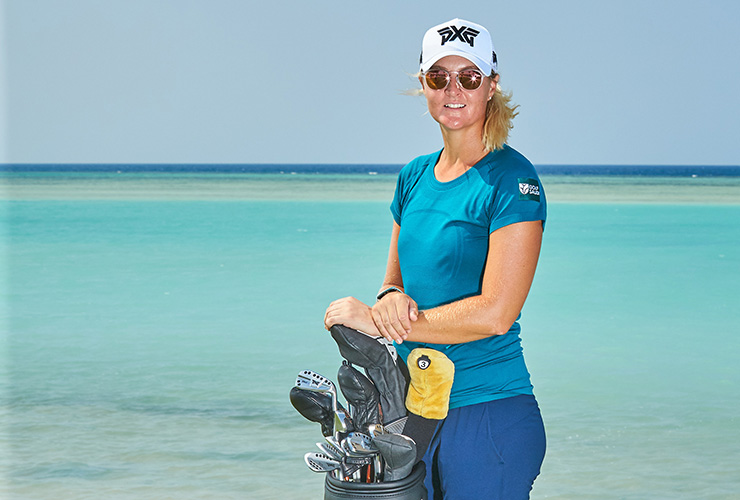 “I believe in being a role model for women and young girls all over the world and hopefully us playing here will inspire them and show them what is possible. It is incredible to be here this week and I feel excited to have the opportunity to play in the inaugural Aramco Saudi Ladies International presented by PIF.”

Said Majed Al Sorour, CEO of Golf Saudi: “We are privileged to be able to appoint two of the Ladies European Tour’s top players as official Golf Saudi Ambassadors.

“Anna and Anne have committed to our vision of growing the game of golf for women in the Kingdom and we are lucky to have them on board to support our ongoing development. We are excited to see both of them play at Royal Greens Golf & Country Club and look forward to developing a strong working partnership in order to attract young female Saudis to the game.”

More from the 2020 Aramco Saudi Ladies International
• Georgia fires course record 65 as not one, but two Halls head Saudi leaderboard
• Golf Saudi unveil sustainability strategy
• Global broadcast of LET doubleheader “chance to show the world Saudi is…transforming through” golf
• Hull and Hall ready to kick on in the Kingdom
• Ladies First: Why Saudi’s LET double-header is more than just historic week of pro golf
• Charley Hull: Is that all you’ve got, 2020?