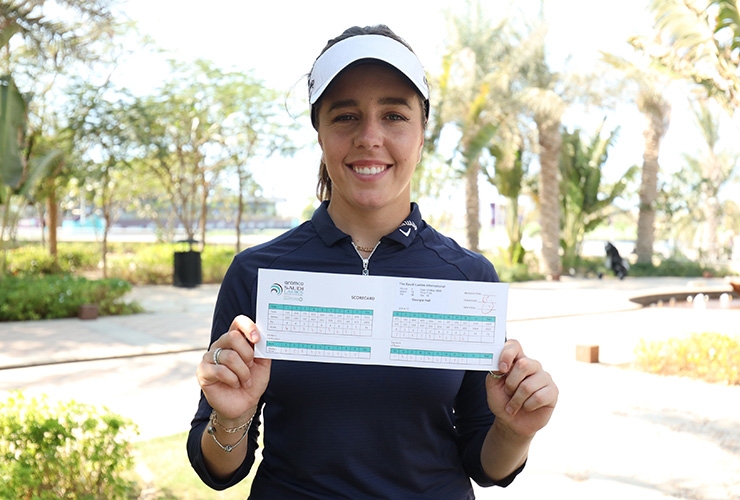 By Kent Gray
If Georgia Hall’s opening rounds had been just one or two shots better each day, maybe Minjee Lee wouldn’t have waltzed away with the OMEGA Dubai Moonlight Classic last week.

It’s a big if, of course, but rounds of 72-73 left the Englishwoman with too much to do in the final round at Emirates Golf Club even though an eye-catching 65 propelled her into the top-10 to finish four shots adrift of Lee. Fast-forward the best part of a week and Hall clearly had no intention of repeating her slow out of the blocks start in Saudi Arabia.

With a bogey-free 65, the 2018 British Open champion established the women’s course at Royal Greens Golf & Country Club in King Abdullah City and the early advantage after the opening round of the inaugural Aramco Saudi Ladies International on Thursday.

She’ll take a one-stroke lead over her Welsh namesake, Lydia Hall, into the second round of the $1 million LET event. Finland’s Ursula Wikstrom and Denmark’s Emily Pedersen – who leads the season-long Race to Costa Del Sol rankings and seems to have quickly rebounded from a forgettable week in Dubai – start Friday five-under, two shots strokes adrift of Georgia Hall. 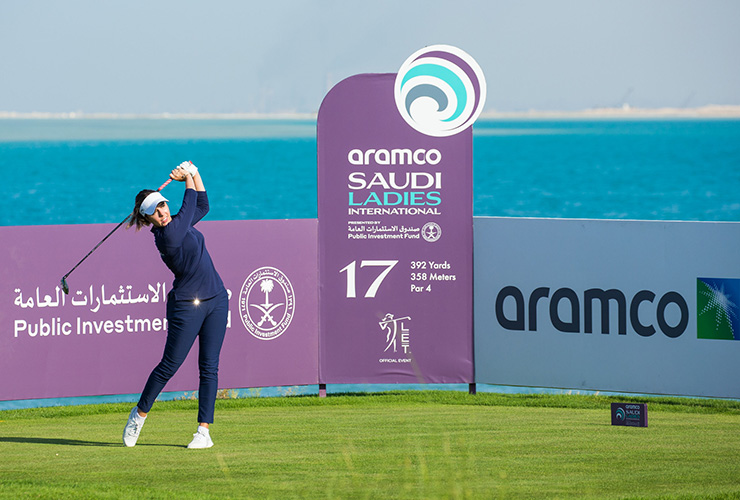 “I’m pleased with today,” the leader said. “I tried to make the most of the morning tee-time. It was still pretty windy in my back nine but I’m very happy with my round.

“I got off to a very fast start and managed to keep the putts going in the hole, which is always a good thing. My pace putting was very good today, so hopefully I can bring that into tomorrow. I think it’s going to be pretty windy tomorrow afternoon like this afternoon, so I’ll have to play it a little ‘Linksy’ I think.”

Lydia Hall, who carded eight birdies in a six-under 66, was likewise happy with her Thursday work. 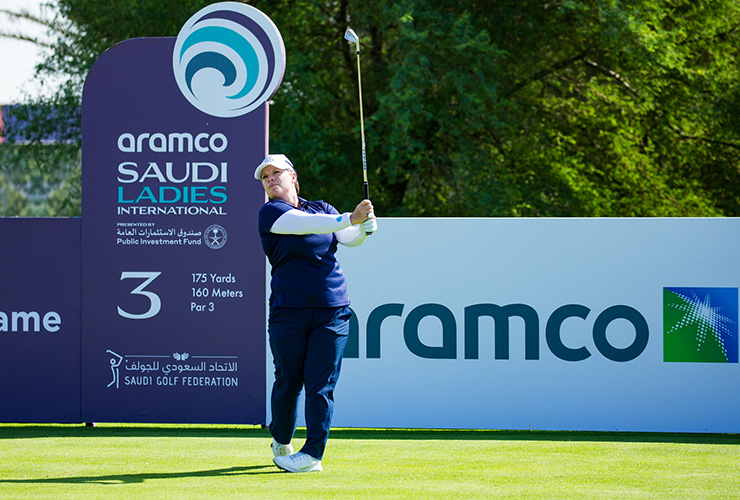 “I’m really pleased with how I started. I got off to a fast start in the back nine – my front nine – and I think it was the nicer nine to play to get the score going,” said the Welshwoman.

“It was definitely an advantage to start on hole 10 this morning as you didn’t have much of a wind, the holes are a little shorter and there’s not many you’re going into the wind.

“I’ve been playing fairly solidly over the last couple of weeks even though scores haven’t showed, but I putted really well today as you can imagine from the score.

“It’s nice to see two Halls at the top for a change.”