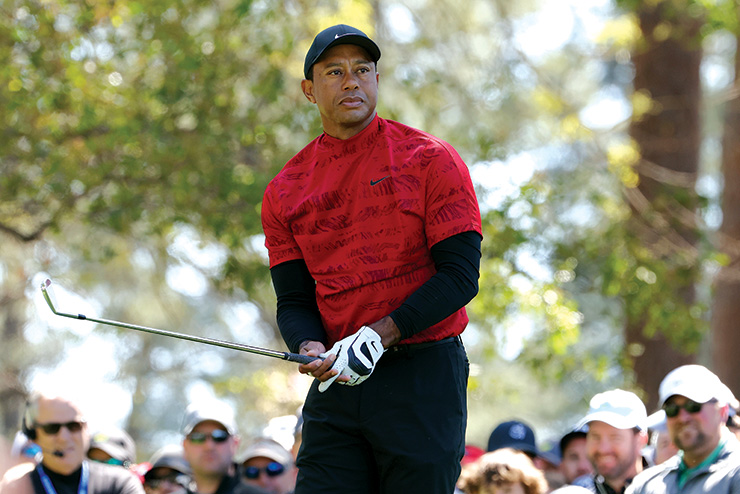 By Matt Smith
It is with great excitement and honour that I take over the helm of such a prodigious title as Golf Digest Middle East, and hope to continue
the journey we have all enjoyed under my editorial predecessors Kent Gray and Robbie Greenfield.

These are no small shoes to fill as we have charted the growth of the game over 13 years and 154 editions of the Middle East’s No. 1 golf publication. We will be part of plenty more to come as golf continues to break new ground in the UAE, Middle East and further afield.

More about the ‘new’ soon, but let’s begin with the ‘old’ and familiar, as timely as it is to my own journey thus far.

It is somewhat appropriate that my arrival at Golf Digest Middle East sees the spotlight in the sport dominated by one man — and it isn’t the one that won the Masters title and the famous green at Augusta National in April. Instead it is the man that already has five golf’s most sought-after garments hanging up at home.

The guy who had fans clamouring for a glimpse of his practice-round swing as part of a record-breaking Masters Monday crowd was one of the reasons I got into the sport. He has been hitting fairways, greens and — sometimes shocking — headlines ever since, and well before I first saw him play at the Open Championship at Royal Troon way back in 1997, when I was a beginning to find my way as a young(ish) hack.

Of course, I am referring to Tiger Woods as he once again proved why he is simply in a world of his own on and off the course, just by managing to tee it up at the 86th edition of the Masters last month. Tiger — a man who has made a career out of defying the odds — staged arguably his most astounding chapter yet when he carded a one-under-par 71 on Masters Thursday, only 408 days after he almost lost his legs and his life in a horrendous car crash in Los Angeles.

When Tiger claimed his fifth Masters title and 15th major in staggering style in 2019 following a series of near-career-ending operations on his spine and creaking legs, the question was who, if anyone, could ever top such a comeback.

Well, there simply was only one man who could, and that was Tiger himself.

Even lining up over that first tee shot on the first hole last month on legs that now seem to be more metal than flesh and bone is an astounding achievement in itself, let alone making the cut while honed athletes half his age and less were packing their bags after round two.

Following his 12-over weekend and a 47th-place finish, the six-deep crowds around the 18th were something we usually only witnessed for the outright winner. That says something about Woods’ longevity with the dedicated fans as well as his own body.

Following the Augusta frenzy, Tiger will go back to his more secluded lifestyle, work on strengthening his legs further and await the next circus, perhaps at the US Open or Open Championship. With a quiet schedule and cherry-picked events ahead of the remaining majors this year — including at a happy hunting ground on the Old Course at St Andrews — who is to say the old cat is done just yet?

And on to the ‘new’. We are also witnessing an exciting time closer to home with the next generation. Dubai-based youngsters Josh Hill and Toby Bishop are about to embark on their own journey, breaking new ground for the region, thanks to golf scholarships at the University of Tennessee and University of Florida respectively. We are also watching the emergence of a host of promising Saudi youngsters including Faisal Salhab and Saud Al Shariff, who are making great strides.

As Josh showed at the recent UAE Swing, it seems we are getting ever closer to crowning our own locally created champions.

So as Golf Digest enters a new era, it seems our next generation of hopes from the UAE and beyond are striking out on their own, too.