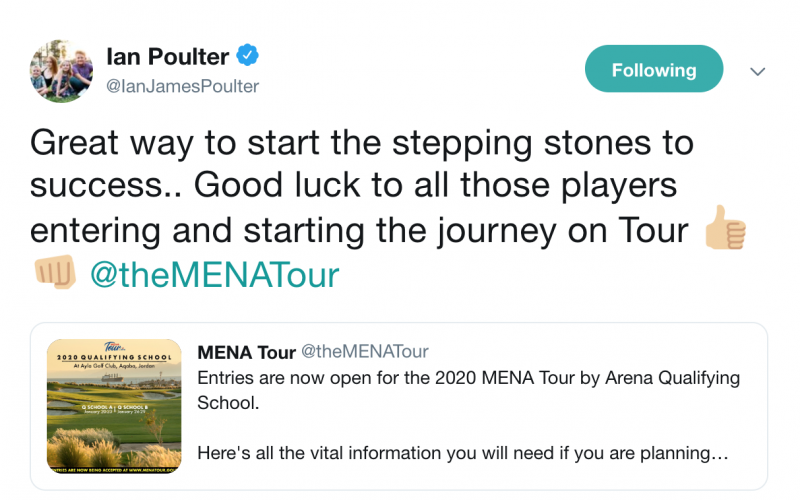 By Kent Gray
If you think the MENA Tour goes largely unnoticed outside the Middle East, think again.

Check out the Tweets:

Great way to start the stepping stones to success.. Good luck to all those players entering and starting the journey on Tour ???? @theMENATour https://t.co/M1lxNVJZnw

Perhaps the most poignant post belonged to Scottish lefty Robert ‘Bob’ MacIntyre who won the MENA Tour’s Sahara Kuwait Golf Championship – two years ago to the day – in just his second professional start. 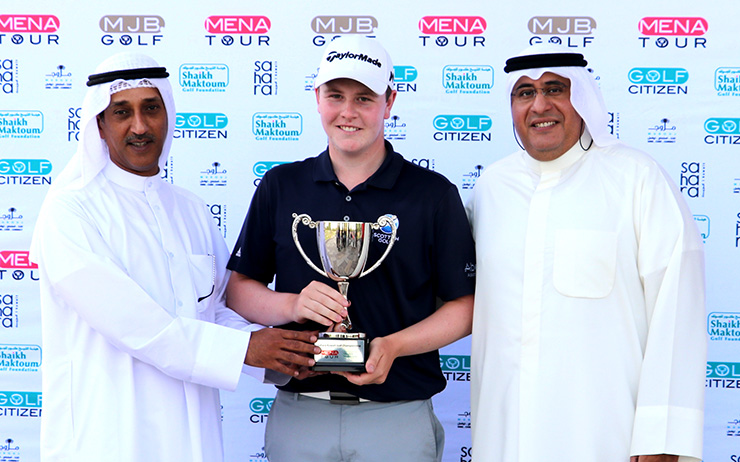 MacIntyre with the spoils of success at the 2017 Sahara Kuwait Golf Championship. It was just his second start as a professional.

MacIntyre has gone on to become one of the European Tour’s hottest young prospects, highlighted by his tie for sixth in his Open Championship debut at Royal Portrush in July.

The 23-year-old is currently seventh in the Race to Dubai and a lock for the season-ending $8 million DP World Tour Championship at Jumeirah Golf Estates from Nov. 21-24. He is still to win on the European Tour but is banging on the door loudly; the lad from Oban finished eagle-birdie to place joint runner-up in the 2019 Betfred British Masters and a fortnight later finished second in the Made in Denmark tournament, a stroke behind Bernd Wiesberger who currently tops the Race to Dubai standings.

Earlier this week MacIntyre became the leading Scot on the Official World Golf Ranking (OWGR) – at No. 86 – for the first time after finishing in a tie for fourth at the Italian Open.

He also hits ridiculous shots like this (make sure to turn up the sound for this one):

All of which makes his Tweet after Wednesday’s MENA Tour announcement perhaps the most meaningful of all.

Good luck, get entering and thanks again to @theMENATour for sending me on my journey…???? https://t.co/Eapnzabh83

After a week off, the MENA Tour resumes next week with the $75,000 Al Ain Open by Arena. The October 21-23 event at Al Ain Equestrian, Shooting & Golf Club Al Ain is the second to last regular-season event before the 2019 Journey to Jordan final (Nov. 26-28) at Ayla Golf Club in Aqaba, Jordan, the circuit’s destination partner.

South African M.G. Keyser heads the professional J2J Order of Merit heading to Al Ain. Robin ‘Tiger’ Williams tops the amateur standings after becoming just the third amateur to win on tour at Journey to Jordan #2 Championship in September. However, the 18-year-old Englishman won’t play again until the penultimate event of the season, the Ras Al Khaimah Open by Arena (Oct. 28-30), giving countryman Jack Floydd a chance to make up ground in Al Ain this coming week.

For the full Journey to Jordan Order of Merit standings, click here: