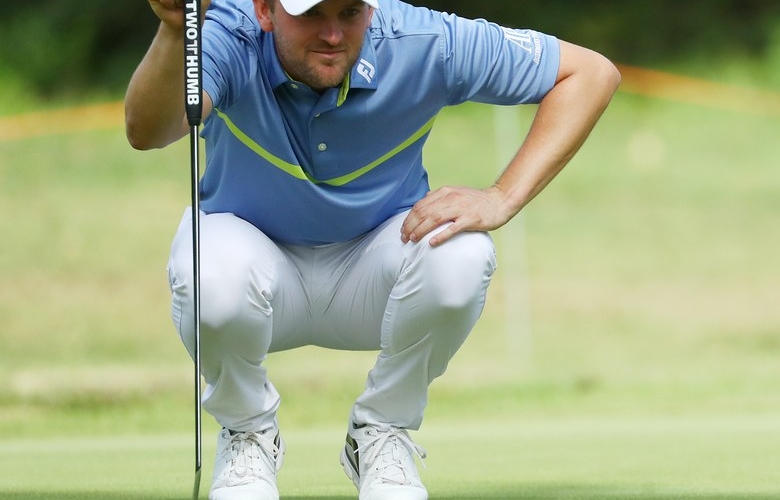 ROME, ITALY – OCTOBER 13: Bernd Wiesberger of Austria lines up a putt on the 8th green during Day 4 of the Italian Open at Olgiata Golf Club on October 13, 2019, in Rome, Italy. (Photo by Matthew Lewis/Getty Images)

By John Strege
Bernd Wiesberger’s comeback from wrist surgery had already qualified as a success, but in the wake of his victory in the Italian Open he could add remarkable to its description.

Wiesberger, a 34-year-old Austrian, closed with a six-under-par 65 at Olgiata Golf Club in Rome on Sunday to defeat Matthew Fitzpatrick by one. The victory was Wiesberger’s third of the year and seventh of his career.

In the 2018 season, Wiesberger played the last of seven starts in late April, then underwent wrist surgery that ended his season. He predictably was slow to regain his form in the new season, then won the Made In Denmark in May and the Aberdeen Standard Investments Scottish Open in July in this the best year of a European Tour career that began in 2009.

“Amazing, isn’t it? It’s been a great summer for me. I’ve had a lot of good golf showing and lovely progress coming back after last year. I’m just enjoying my time out there, enjoying getting back into these situations.”

The victory also moved him from third to first in the Race to Dubai, supplanting Jon Rahm in the top spot.

“To be honest I’ve played really well in the right events, obviously in Ireland and the Scottish and here this week, which obviously helps,” he said. “I’m pretty excited about what’s ahead of us in these next four events.”

Wiesberger, in a bogey-free final round, birdied the par-5 ninth hole to pull into a tie with Fitzpatrick, who a few minutes later double-bogeyed the ninth hole, giving Wiesberger a two-shot lead. His lead alternated between two and three shots the rest of the way, and he won when Fitzpatrick, trailing by two, was unable to convert a 10-foot eagle putt on the par-5 18th.