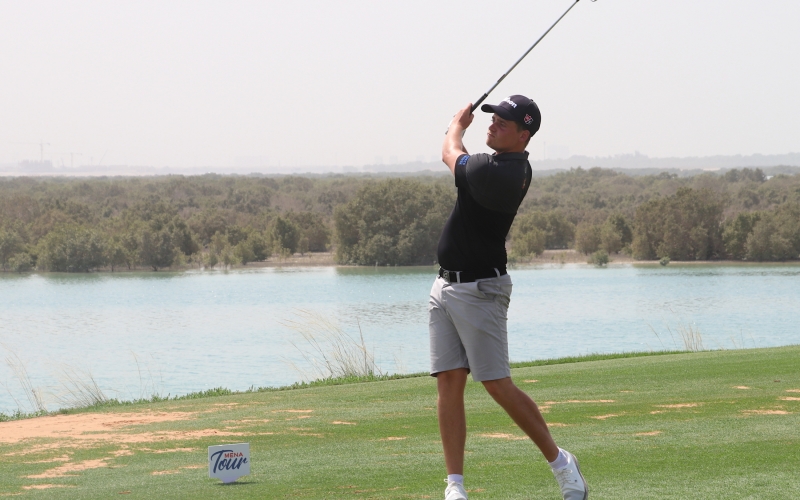 By Kent Gray
James Allan started the week celebrating a significant milestone but the party was clearly only getting started.

Two days after marking his 25th birthday with a windswept 66 around Yas Links, the English lefty claimed his maiden MENA Tour title with a runaway five-stroke victory at the Abu Dhabi Open by Arena on Sunday.

As one former amateur prodigy celebrated his pro breakthrough, another in the making continued his rise as 15-year-old Josh Hill won his second amateur title in the past three MENA Tour starts. 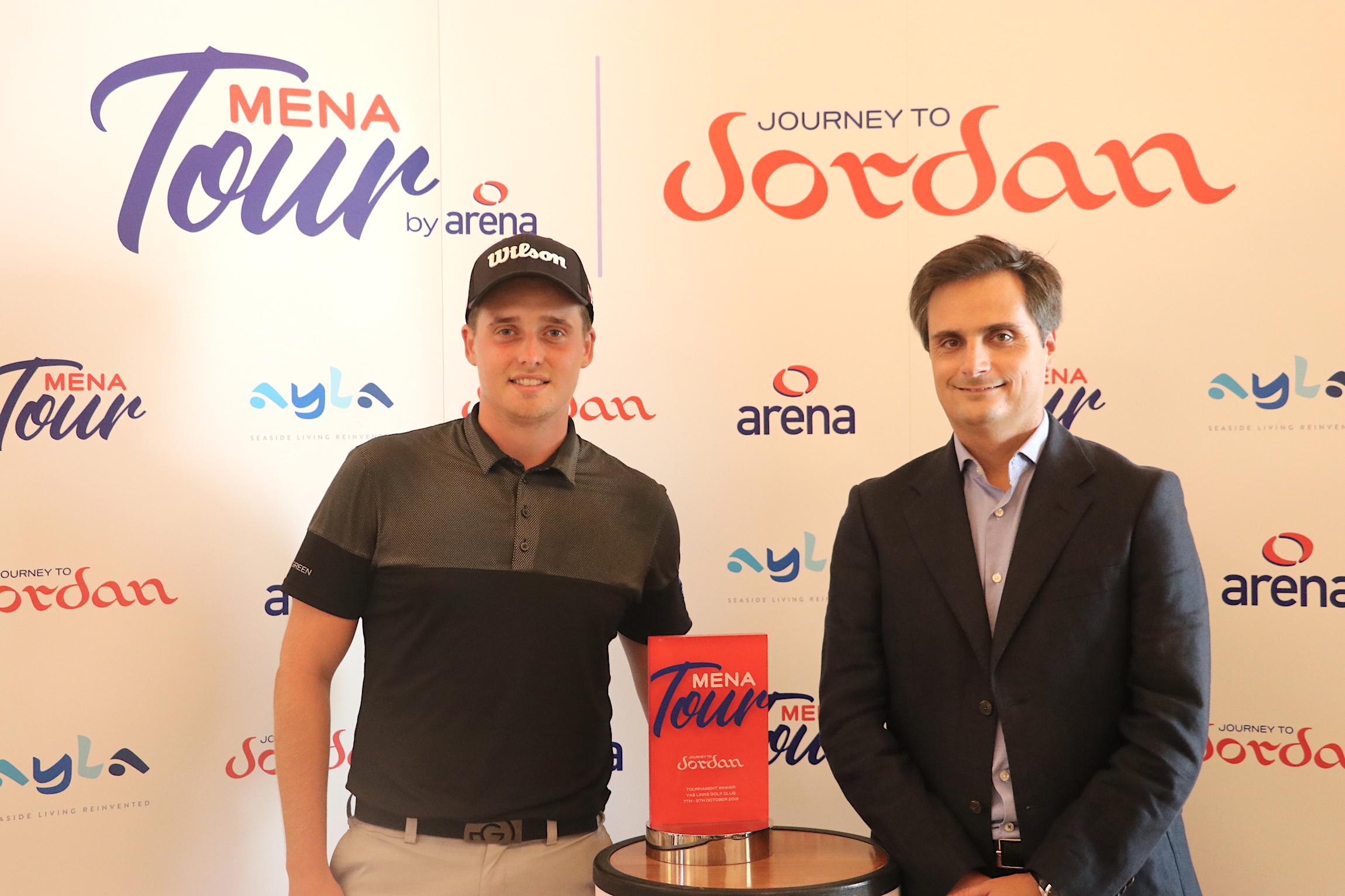 “By far the best birthday week I have ever had,” the Chelmsford professional said afterwards. “I have worked very hard for this and I owe my success to many people who believed in me, including my coach Ben Barham at the Robert Rock Academy.

“This is a massive confidence boost for me. I have had a couple of good rounds, but I somehow could not maintain it over three or four rounds. This is my best scores for a 54-hole tournament and it now gives me the belief that I can shoot numbers like this.”

Having come through the amateur ranks and winning our Amateur Order of Merit twice, @jamesallangolf is kind of our poster boy.
After his first pro win at Abu Dhabi Open by Arena, he tells us what the MENA Tour means to him.@arenagroup_plc pic.twitter.com/FclhOUqNEB

Allan won the MENA Tour’s amateur Order of Merit (OOM) titles in 2014 and 2015 but has struggled to get over the line since entering the pay for your mortgage ranks. Thankfully Wednesday’s final round was relatively stress-free as he overcame Englishmen Robbie Busher and Harry Ellis and Swede Niclas Weiland, the latter impressively on debut, who shared third on -12.

Allan made an eagle on the par-5 7th for the second successive day but a fluffed his lines with a bogey at the ninth after failing to get up and down from a handy lie at the front of the green. Turning one-under for his round, the bogey spurred Allan into action, four successive birdie from the 10th making the closing holes less stressful.

“That bogey on the 9th really annoyed me. But when I reached the 10th tee, I had calmed down and I told myself that I was playing good golf. I made a couple of good putts on the 10th and 11th, and once I reached 16-under par after 13 holes, I just needed to play smart and not make any mistakes.”

Hill closed with a fine 66 to finish tied sixth overall at nine-under-par 20. It was the Trump Dubai teen’s best finish in just his second season on the MENA Tour, bettering the T-9 at the Ghala Open earlier this year. Hill’s other amateur triumph was a shared title with Curtis Knipes at the Troon Series – Royal Golf Bahrain Open before the circuit’s summer hiatus earlier this year.

Dubai-based 15-year-old Josh Hill came into the Abu Dhabi Open by Arena slightly frustrated with his recent run of form.

It all changed at Yas Links as he grabbed the Leading Amateur honour by four shots with a superb six-under par 66 on final day.#HarderBetterFasterStronger pic.twitter.com/QrfwgsO90V

The MENA Tour by Arena effect.@IAmRobinTiger secures the most @WAGRank points of his career with his rampant win at the Journey To Jordan-2.

Robin has leapt to a career-best ranking of 72 because of that. pic.twitter.com/gwfwtlAJQX

After finishing T-9th at Yas Links on -8, Dubai-based South African MG Keyser has extended his lead atop the pro OOM from $5,235 to $6818 over Daniel Gaunt after the Australian missed the cut. Keyser has season earnings of $41,114 while Allan has moved up to fourth in the standings with $25, 712.

The MENA Tour takes a week-long breather before resuming at Al Ain Equestrian, Shooting & Golf Club for The Al Ain Open by Arena from October 21-23.

It’s a wrap at the Abu Dhabi Open by Arena and to the winners go the spoils.