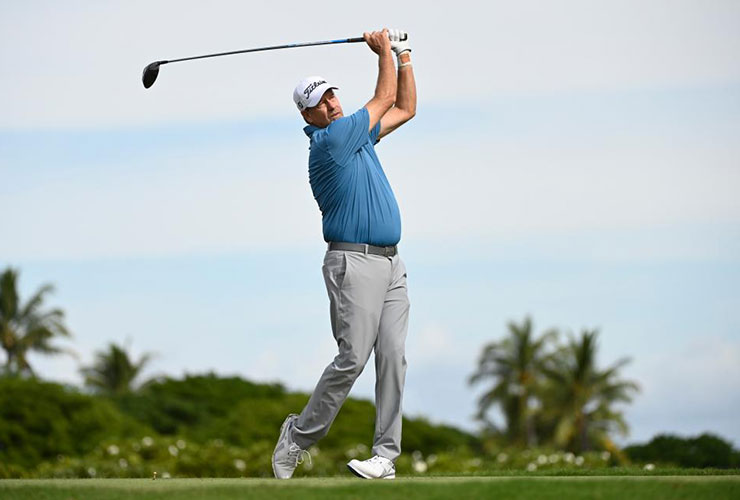 By Joel Beall
Bart Bryant, a three-time PGA Tour winner died in a car accident on Tuesday. He was 59.

An All-American at New Mexico State University, Bryant turned professional in 1986 and reached the PGA Tour in 1991. Most of his career was plagued by injuries, having to return to Q-School six times to keep his tour card.

However, at 41 years old and in his 187th career start, Bryant broke through at the 2004 Valero Texas Open in late September. The next year Bryant won the Memorial Tournament, making an up-and-down par out of a hazard on the 18th hole at Muirfield Village to beat Fred Couples by one shot. Months later Bryant would win for the third time in 14 months, and in dominant fashion, capturing the season-ending Tour Championship by six shots over Tiger Woods. It was the largest second-place deficit of Woods’ career.

Bryant had two other top-10s in 2005, catapulting him inside the Official World Golf Ranking top 25. It is a campaign considered one of the best one-year wonders in tour history.

Bryant finished his tour career with 317 starts and made more than $9 million in earnings. He enjoyed a prosperous run on the PGA Tour Champions, winning twice and logging 29 top-10s in 142 appearances on the senior circuit. Bryant’s brother, Brad, was also a PGA Tour player, with a win in more than 560 starts on tour.

“The PGA Tour is saddened by the tragic passing of Bart Bryant and our hearts go out to his family and friends during this difficult time,” said PGA Tour commissioner Jay Monahan. “The Bryants have been a part of the PGA Tour family for over four decades and we are grateful for the impact and legacy he made on our organization and countless communities. Bart will be dearly missed.”

Bryant’s first wife of 34 years, Cathy Cox, died of brain cancer in April 2017. Bryant is survived by his second wife Donna, daughters Kristen and Michelle and his stepchildren.

You might also like:
Analysing the 42 players who have signed up for LIV Golf
LIV Golf: All you need to know
Your top players to watch at LIV Golf Invitational
DJ to headline LIV Golf Invitational
PGA players defend jump to LIV Golf Invitational
Looking back at the Dubai Golf trophy with captains and players
Bland to play LIV Golf, even if it means ban
Rickie Fowler considers LIV Golf options
Shiv Kapur hails Asian Tour opportunities thanks to LIV Golf and Saudi Golf
The Gulf Club: The latest golf news from around the UAE
Meet Malak, the first Arab to play at US Women’s Open
In the mix: Olivia Jackson
Impossible pin position causes havoc at high school event