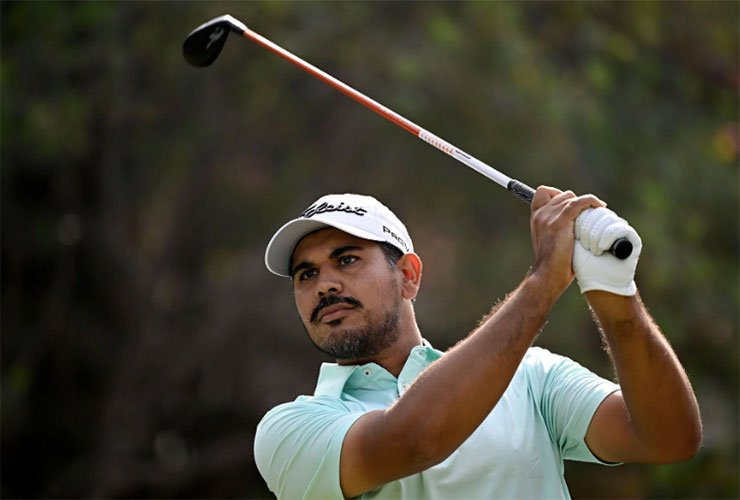 By Matt Smith
History will be made at Slaley Hall Hotel this week as the Asian Tour hosts its first ever tournament in the UK with the International Series England just outside Newcastle — and the players cannot wait to get started. .

“I think it’s a great opportunity for the Asian Tour players,” said Gaganjeet Bhullar – the most successful Indian on the Asian Tour with nine victories.

“In the past we have of course played in Switzerland, but I think playing in the UK is going to be a great experience. I’ve played a lot of golf on the DP World Tour in the UK but playing on the Asian Tour and representing our Asian Tour flag on the UK soil, I think that’ll be great. And it’ll be a great boost for all the youngsters, all the people who are getting ready to move on to the next level.”

A full field is expected for the historic Asian Tour event, and Sweden’s Bjorn Hellgren is raring to go.

“I have played quite a few tournaments in this part of the world, but I have not played this golf course,” he told the Asian Tour website. “But seeing pictures of the course, looking at the conditions, I think it’s going to be a fair set-up. We would definitely expect a lot of low numbers. Of course, in the UK, it depends a lot on the weather actually.

“So, depending if you’re on the good side of the draw, if we get to see some sun, then definitely the boys are ready to take on the best players in the world. So definitely, I’m really, really excited.”

Also playing this week is Thailand’s Nitithorn Thippong, who claimed The DGC Open in March.

“For me, it’s amazing, the Asian Tour is going to have an event in England!” said 25-year-old Asian Tour rookie.

“I’ve never been to England before. It’s going to be awesome and it’s a $2 million purse, it’s a lot. So, I’m just going to have fun. I mean, I never expected that the Asian Tour was going to be in Europe, because it is the Asian Tour. I don’t know how to say it, but for me I am so excited to play.

Asian Tour prize money has been boosted significantly in recent years thanks to with investment from Saudi Arabia.